POUGHKEEPSIE – After months of negotiations with the Central Hudson Gas and Electric Corporation, public interest groups have achieved commitments from the utility to reduce fracked gas sales, translate the company’s website and customer materials into Spanish, and cut the overall bill increases the company was seeking.

Those commitments are included in a joint proposal with the State Public Service Commission, negotiated between the utility, state regulators, businesses, local governments, and public interest organizations.

Several public interest organizations, including Citizens for Local Power, Alliance for a Green Economy, and the Public Utility Law Project, intervened in the case to oppose the rate hike, reduce greenhouse gas emissions, and push for changes in the way the company treats its customers.

“It’s really unusual for a utility to reduce its rates, but surely it is the right thing to do right now, especially since Central Hudson had just received an increase of four percent when the negotiations started in 2020,” said Susan Gillespie, president of the Board of Citizens for Local Power. “Thankfully, the negotiations actually resulted in an even bigger decrease for customers who receive HEAP (Home Energy Affordability Program) benefits, and the list of ratepayers who are eligible for the lower rates is being expanded to include the criteria used for federal Telephone Lifeline discount recipients. We are delighted that this proved possible thanks to the involvement of so many groups who intervened to defend customer interests at this critical moment.”

Responding to climate concerns raised by the various parties, Central Hudson has agreed to become the first utility in New York that plans to reduce its overall gas sales through energy efficiency, renewable heating, and other methods. The company, which has about 309,000 electric and 84,000 gas customers, agreed to reduce gas sales by 2.5 percent from 2019 levels over the next four years and to remove claims that gas is more environmentally friendly than oil from its website. The company also agreed to achieve greater electricity efficiency savings.

The joint proposal does not directly address the more than $22.1 million of debt that 27,831 Central Hudson customers face. Instead, the proposal asserts that the PSC should address the debt crisis within a more general ongoing case that applies to all utilities. 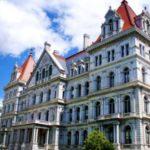 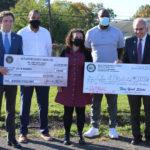 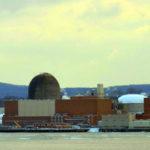 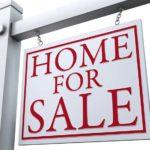 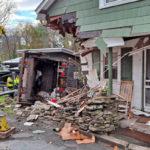