NEW YORK – New York Attorney General Letitia James, as part of a coalition of 17 attorneys general, has called on the U.S. Senate to pass the Protecting the Right to Organize Act of 2021 (PRO Act). The PRO Act provides protections for workers trying to organize by strengthening and modernizing key parts of the National Labor Relations Act (NLRA), providing the rights to organize, unionize, and bargain collectively.

In a letter to Congress, the multistate coalition of Attorneys General highlights the urgent need to pass the PRO Act and urges the U.S. Senate to act to improve the lives of America’s working families.

“Unionizing is a core American right, and no business should be able to infringe on a worker’s ability to organize,” said Attorney General James. “Over the past year, we have been reminded of the critical need to protect our workers and ensure they have better pay, benefits, and working conditions. In honor of the late Richard Trumka and all the workers who sacrificed so much over the past year, I stand with my fellow attorneys general in urging the Senate to pass the PRO Act and support working people.”

The PRO Act is comprised of reforms to the NLRA designed to curb worker intimidation, retaliation, and other abusive practices and, more generally, restore the law’s original purpose of encouraging unionization, according to James. Compared to their non-union counterparts, union members earn 10 to 15 percent higher wages; are more likely to have employer-sponsored benefits, including health insurance, paid sick days, and pensions; experience less wage theft; and are less reliant on public benefits. Today, just 12 percent of American workers are represented by a union, down from 27 percent in 1979.

If enacted, the PRO Act would give the National Labor Relations Board (NLRB) the power to fine companies that retaliate against organizing workers and require arbitration when unionized workers and employers cannot reach agreements on contracts. It would also strengthen the right of workers to strike, ban employer interference and influence in union elections, and prevent employers from using employees’ immigration status against them when determining the terms of their employment. Notably, the legislation would override state “right to work” laws, which allow employees to forgo paying dues in unionized workplaces, and would address the “gig” economy by lowering the bar for independent contractors to prove they are “employees” under the Act.

“The labor movement has proven firsthand that in unity there is great strength,” said Jenn Puja, labor council director, Westchester/Putnam Central Labor Body AFL-CIO. “Every worker deserves the right to organize. The PRO Act will amplify the voices of working families who strive to make a better, brighter tomorrow. Worker safety, protections, and conditions will be further strengthened and secured. The time is now to pass the PRO Act like our future depends on it — because it does.”

Mario Cilento, President of the New York State AFL-CIO is lobbying for the reforms, saying “The reforms included in the PRO Act are necessary to restore some balance to our country’s labor laws in the face of the increasingly drastic lengths employers have gone to silence the voices of their workers.” 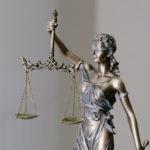 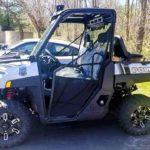 Town spent almost $29,000 on an off-road vehicle they never use 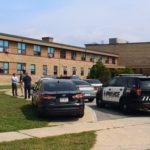 SNUG to have presence in Poughkeepsie High School