POUGHKEEPSIE – Dutchess County Executive Marc Molinaro signed legislation approved by the legislature on July 29, creating a new Independent Reapportionment Committee (IRC) tasked with drawing new legislative districts based on 2020 US Census data.  The original IRC was disbanded in June after it was learned that one of the members was appointed in violation of the rules governing the IRC.

The Democratic caucus of lawmakers had appointed former legislator Richard Keller-Coffey to serve on the original IRC.  The rules for the IRC prohibit elected officials from serving on the committee.  In June, county officials learned that Keller-Coffey was an elected school board member in the Webutuck School District.  Legislature Chairman Gregg Pulver, on the advice of the county attorney’s office, immediately disbanded the committee claiming a potential impropriety and lack of transparency.

Democratic lawmakers cried foul with arguments that the spirit of the law for the IRC did not include elected school district officials.  Pulver remained steadfast and drafted new legislation creating a new IRC.  It passed along party lines with the 15 Republicans supporting it and the 10 Democrats opposing it.

In a memo to Pulver and lawmakers sent by Molinaro on July 30, he explained his support for the new IRC.  The county leader noted that the IRC was formed by four appointments, two from each party of the legislature.  Those four would then select three candidates, creating a committee of seven.  Keller-Coffey was one of the four original appointments.

The memo said in part, “You can appreciate the need for the original four members to be without the disqualifying influences (free from employer, partisan, and public influence) and the multi-step process established to ensure independence of the Commission and credibility of their work and product.”

Molinaro further justified his support for the new commission, telling legislators, “To be clear, this is not about the specific individual who was disqualified, nor does it ‘single out’ school board members, as some have tried to imply.” He also responded to arguments put forth by Democrats that he was playing partisan politics by supporting the June dissolution. “I do not question the decency of the appointee; I have known and worked with him for many years. I do not question the civic work of elected school board members; they are crucial elected officials who represent school district families and taxpayers who vote for them. And I do not ascribe questionable motives to the Minority Leader. However, intentional or accidental, this was a botched appointment process resulting in a tarnished effort.”

A member of the original IRC, Whitney Lundy, started a GoFundMe fundraiser to raise money for a lawyer to challenge the dissolution. The county attorney and attorney for the legislature called the approach misleading and demanded that it cease. It has not.

Molinaro did not address the fundraiser until he authored the memo. “As hard as it is becoming, I choose not to question the motives of any involved. These districts must be drawn irrespective of your interests or mine,” he told lawmakers. “If you believe, as I do, that district lines should be drawn by an independent body of eligible residents, not engaged in political activity, untethered from partisan influence, disengaged from fundraising and political activity, free from potential public pressures, then it is time for the Legislature to again move forward with an untainted process.” 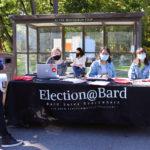 Bard files complaint against Dutchess Board of Elections 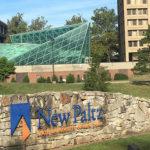 Pedestrian struck and killed in Deerpark 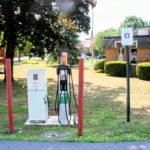 Free car charging coming to an end in Hyde Park 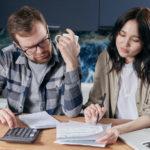