POUGHKEEPSIE – Amidst a rise in gun violence in the Hudson Valley, City of Poughkeepsie police have seized two loaded, illegal handguns off the streets and arrested a man wanted on murder charges in New Jersey.

According to Police Sergeant Terrence Beam, city cops stopped a vehicle on Thursday in the area of 185 North Hamilton after the vehicle failed to stop for a stop sign.  As police interacted with the four occupants, they found two unlawfully possessed loaded handguns with high-capacity magazines.

20-year-old Jack Ramirez of Spring Valley in Rockland County, a passenger in the vehicle was charged with felony criminal possession of a weapon.  Police learned that Ramirez had a warrant out of Paterson, New Jersey on the charge of “Intentional Murder With A Gun.”

Passenger Latrell Pittman, an 18-year-old resident of Garden Street in Poughkeepsie was also charged with felony criminal possession of a weapon, as well as False Personation, and a seat belt violation.

The vehicle was driven by Adrianna Pena, age 18, who resides on Holt Road in Hyde Park.  Miss Pena was arrested and charged with felony criminal possession of a weapon and failing to stop at a stop sign.

A juvenile female juvenile passenger was arrested and charged with felony criminal possession of a weapon.

Beam said all of the defendants were held pending arraignment.

During the preceding several months, the City of Poughkeepsie Police Department has responded to multiple shootings and shots fired incidents.

Community members with information regarding violence or suspicious activity in their neighborhood are encouraged to contact the City of Poughkeepsie Police Department Neighborhood Recovery Unit at 845-451-4060. For active situations, call 845-451-4000 or 911. 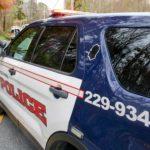 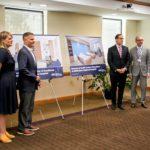 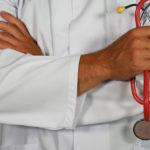 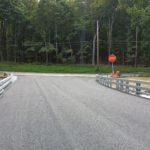