NEW ROCHELLE – Five men attending a gathering in the vicinity of Horton Avenue and Brook Street in New Rochelle were shot minutes before midnight on May 1 and one of the victims died.

City Police said the fatal victim, M. D. Andersonkerny Jr., 29, of Brooklyn man who was shot in the neck. Another man was shot in the back and was transported to an area hospital where he underwent surgery.

The three other victims sustained non-life-threatening injuries, according to hospital personnel.

On May 2 at around 1 a.m., New Rochelle Police received several reports of shots fired in the vicinity of 361 Main Street.

It was unknown if the two incidents were related.

New Rochelle detectives and the Westchester County District Attorney’s Office are conducting a follow-up investigation and anyone with information is asked to call city police at 914-654-2300.

Meanwhile, around 12:30 a.m., city police responded to a call of shots fired at a moving pickup truck in the vicinity of Union Avenue and Fourth Street. That incident had occurred 35 minutes earlier. Two .9 mm shell casings were recovered.

Neither the truck nor the shooter have been located or identified.

Anyone with information is asked to call New Rochelle Police. 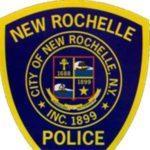 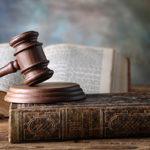