POUGHKEEPSIE – Gathered on top of College Hill Park in the City of Poughkeepsie, a group of Marist College students gathered to express their displeasure with the college’s handling of cases of assault and violence among the student body, both on and off-campus.  The group alleges that sexual abuse reports filed with the Title IX office have been ignored.

Speaking for the group, senior Samantha Williams said the college “has ignored serious complaints about students’ behaviors, causing dangerous sexual assault and domestic violence behavior to be further and normalized only in resulting in it escalating further.”  The students allege that Marist is in violating the Clery Act, a law designed to provide transparency around campus crime and reporting.

“We know even if they get the funding, hey are only planning to hire one to two more full-time staff, which would just be three total. It is about administrators actually being there to help the survivors that are reporting,” she said.

The students pointed out that law requires that colleges ensure that “An annual Security Report is released each October 1st and contains the last three years’ worth of reported crimes occurring on campus.”  The students say that Marist violated the law by publishing their report in December of last year, containing data for the years 2017-2019.

Marist refuted that charge on Wednesday afternoon.  Sima Ahuja, the college’s legal counsel said, “Contrary to the allegations, the college is in full compliance with all aspects of state and federal laws, including the Clery Act. The US Department of Education dictates when these reports are released and, because of the pandemic, extended the due date for the 2017-2019 report to December 31, 2020. Marist submitted the required report ahead of the deadline. In addition, 2020 data for the Clery Report is not scheduled, as per federal law, to be released until October 2021.”  The attorney added that Marist “is fully in compliance with federal Title IX and state laws governing campus sexual assault and reporting, and these federally-mandated procedures govern our investigations of alleged misconduct. We strongly encourage reporting such incidents so that the college can investigate them formally and appropriately.“

Wilson and her fellow students also claim that Marist is in defiance of the Clery Act which requires that any time a crime has or is occurring that poses a serious threat to the rest of the campus, the college must provide timely notice to the entire campus community.  The students argue that Marist is not in compliance with that section of the law.

Deborah Dicaprio, college vice president of Student Affairs said Marist “actively fosters a safe living and learning environment and is fully committed to preventing, investigating, and responding to any incidents of gender-based or sexual misconduct.”

The students are also seeking additional funding to improve staffing for the campus Title IX office, which they claim is woefully understaffed.  In addition to the funding, they are seeking the creation of a Title IX Student Advisory Board.

DicCaprio responded, saying, “The College stands with victims of sexual assault and gender-based violence and is open to a dialogue on how we can further support them. We are also currently working with student groups on campus to enhance the way we support victims of gender-based violence, including the formation of a student advisory board.” 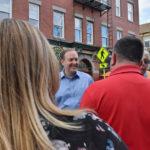 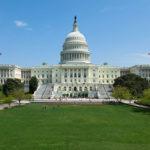 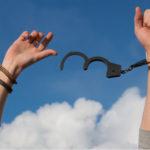 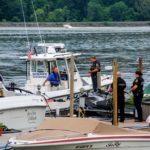 Another body recovered from the Hudson River