POUGHKEEPSIE – Mayor Rob Rolison presented his PKGO Parks initiative to the council on Monday night.  The plan calls for an initial investment of $3 million to improve the city’s 18 parks.  The plan was developed with the assistance of New City Parks, an offspring of the Regional Plan Association.

“This is a very important initiative to upgrade and repair our Park system,” said Rolison.  “We need to invest in such an important asset that needs the attention. Our Parks are linked to all of us. This is just the starting point of our discussions with the Council.”
Rolison met with members of the council earlier this week to tour various parks that are in need of attention.  The video which can be viewed here, included tours of Malcolm X, Pershing Avenue, Pulaski, Spratt, and Bartlett Parks.  Malcolm X Park, represented by Councilwoman Lorraine Johnson, has been undergoing small improvements already, as has Pershing Avenue Park represented by Yvonne Flowers.
Citing a substantial increase in usage of city parks since the start of the pandemic, the mayor stressed the need for overdue improvements to the parks.  Explaining the funding options, Rolison said they are trying to determine if some of the money received from Congress under the American Rescue Act can be used.  The second option is for the council to approve a bonding resolution to pay for the upgrades and improvements.
Councilman Chris Petsas represents the area where Pulaski Park is located and supports the plan.  “Our parks have fallen into disrepair over the years and I fully support this initiative to make our parks something that we can be proud of while giving the city new recreational opportunities.”   Pulaski Park is in need of several repairs including the replacement of the bathroom building located near the pool.  Rolison noted that the $3 million needed for the repair is a starting point and that it is likely that the long-term plan will cost near $6 million.
Rose Harvey of New City Parks indicated that the major work at Malcolm X is set to begin this summer.  The work at Pershing has been underway with the assistance of Scenic Hudson. 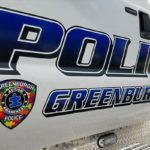 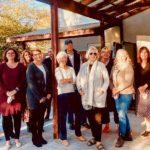 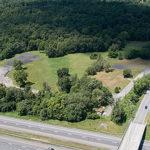