KINGSTON – A group of 30 women gathered at Safeshoot indoor target range on Saturday to get a thorough introductory course on firearms safety, and fire some pistols and rifles in a class specifically for women.  “Women on Target” (WOT) is a nationwide NRA sanctioned program taught locally by Dutchess County’s Jackie Emslie.

In February 2001, the NRA sent Emslie to a ranch in Mountain Home, TX to attend a training course to learn how to conduct Women on Target instructional shooting clinics.  Upon completion, Emslie returned to the Hudson Valley and started conducting clinics in New York.  Emslie noted that she has been a firearms instructor for 25 years and has been conducting the WOT clinics for 20 years. To date, with the help of female and male volunteers, she has conducted approximately 80 clinics.

Emslie said that the demand for female-only clinics has increased tenfold in the last two years.  “More and more women are expressing an interest in learning about gun safety and of those that take the clinics, many go a step further and get a pistol permit.”  She said many women are concerned about their personal safety and are exploring firearms as an option for protection. 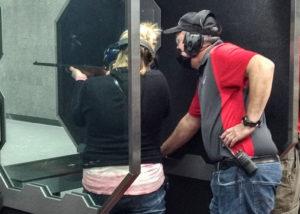 The basic concept of the WOT clinics is to provide a safe, friendly, and fun environment for women to learn about safe and responsible firearms handling and ownership.  “It’s just enough to get them going safely,” said Emslie.

Prior to firing a weapon at the state-of-the-art indoor range at Safeshoot, Emslie spent more than three hours with the ladies in a classroom setting to prepare them for the shooting range.  Participants learned the rules of gun safety, terminology regarding rifles and handguns, ammunition, and basic marksmanship skills.

Most of the women in attendance had never fired a weapon before, while others had various degrees of familiarity with firearms.  The participants ranged in age from early teens to a woman older than 70.

Working with at least six range instructors and the staff at Safeshoot, half of the group was sent to the range while the other half stayed in the class for additional training from Emslie.  After the first group finished on the range, they returned to the classroom and the second group went to the range where they had the opportunity to shoot a bolt-action rifle, lever-action rifle, and an AR-15 semi-automatic rifle.  Pursuant to state law, individuals under the age of 21 were given the chance to shoot different pistols.  Women over the age of 21 were able to shoot pistols if they possessed a valid pistol permit.

Statistically, in the Hudson Valley, approximately 40 percent of women attending the clinics have never touched a gun before.

Emslie said the women come from all racial and socioeconomic backgrounds.  “We have students as young as 12 years of age and not-so-young of 82,” she said, adding that the 82-year-old participated because “It was on her bucket list and she was smiling the entire time.”

“I had an absolutely wonderful time today,” said one participant. “I have never been around guns before and a clinic made up of only women made it much more comfortable for me to attend.”  Another pair of women were a mother and daughter with the elder being over 60 and the daughter under 40.  “My mom and I had heard about this clinic a while back but it was filled when I tried to register.  We got into this one and we learned a lot in a great setting.  The instructor was fantastic.” 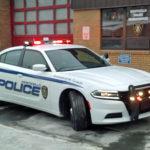 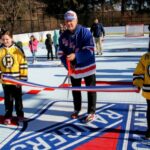 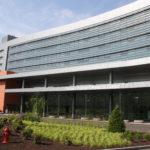 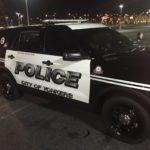 Yonkers cop injured after being struck by fleeing carjackers 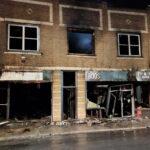