ALBANY – A second former female staffer of Governor Andrew Cuomo has accused him of inappropriate behavior resulting in several Democrats calling for an independent investigation into the allegations.

On Sunday, the governor’s office shifted gears wit Garvey issuing a statement saying the office wants “a thorough and independent review that is above reproach and beyond political interference.”

Therefore, it has asked Attorney General Letitia James to select a qualified private lawyer to do an independent review of allegations of sexual harassment.

Garvey said, “The independent lawyer will be legally designated as a Special Independent Deputy Attorney General and granted all powers provided under Section 63(8) of the Executive Law.  As necessary, other lawyers from the appointed lawyer’s firm shall be similarly designated to assist in the review. The lawyer shall report publicly their findings.   The Governor’s office will voluntarily cooperate fully.”

State Senate Majority Leader Andrea Stewart-Cousins (D, Yonkers), said, “The continued allegations are deeply disturbing and concerning. The behavior described as no place in the workplace. A truly independent investigation must begin immediately.”

“Sexual harassment cannot be tolerated, regardless of how powerful the individuals are,” said Senator James Skoufis (D, Cornwall). “The allegations, made by, now, a number of women against the governor are deeply disturbing and warrant an independent, outside, expeditious investigation,” he said.

“In order to safeguard public confidence in the findings, neither the Executive nor the Legislature nor JCOPE can lead the inquiry. The investigation must be completely independent of potential influence and politics,” Skoufis said.

Freshman Senator Elijah Reichlin-Melnick (D, Orangetown), said the allegations from Lindsay Boylan and Charlotte Bennett are “deeply troubling (and) must be taken seriously, and thoroughly investigated.”

“This most recent allegation is consistent with the previous allegation and reveals predatory sexual behavior on the part of the governor,” Lawler said. “Furthermore, it is clear that multiple staff members are complicit in the governor’s targeted harassment of female aides.”

“There is no place for sexual harassment in any social setting or any workplace — most especially in public service,” Assemblywoman Didi Barrett (D, Hudson) said Sunday. “Too often women are the targets, as we have seen in every sector through the #MeToo movement, and we must ensure women who step forward can safely tell their truths.  The two allegations against Governor Cuomo are very troubling and suggest behavior that is in direct opposition to his own past statements and policies to ‘Combat Sexual Harassment in the Workplace.’ I join with my Legislative Colleagues in both houses in calling for a truly independent and transparent investigation process.”

Assemblyman Jonathan Jacobson (D, Newburgh) said the allegations against the governor “are deeply disturbing and must be taken seriously. There must be a full, independent investigation by the State Attorney General with subpoena power. “

The county executive said if the allegations are true, “the governor is not fit to serve. He must resign or be removed from office.” 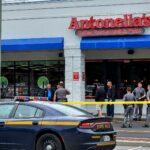 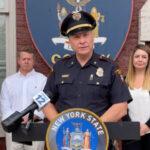