NEW CITY – Climate, water, and environmental advocacy groups in the Mid-Hudson have issued a call-to-action for residents of Rockland County to demand Governor Cuomo investigate and mitigate the recently discovered PFOA contamination of public water in the county.

In November, the State Department of Health made public that municipal water from Suez had a PFOA contamination of 19 parts-per-trillion (ppt,) in excess of the state regulations of a minimum of 10 ppt.

The Rockland Water Coalition maintain that rather than regulating just PFOA and PFAS, the state needs to regulate the entire PFAS family of chemicals, which include any polyfluoroalkyl compounds. Also, they are demanding that a full investigation be conducted in Rockland to determine the polluter responsible and to have all PFAS compounds removed from the drinking water.

Director for the Clean Water Program of Environmental Advocates New York Robert Hayes said new discoveries about the health risks of this compound make eliminating all PFAS’s from drinking water the appropriate course of action.

In addition to an investigation and elimination of PFAS in drinking water and being defined by its class, rather than specific chemical compound, there are also additional demands.

As outlined by Elizabeth Moran of NYPIRG, the governor needs to issue full disclosure of the level of the contamination, free water testing, free blood testing for at-risk groups like infants, pregnant women and the elderly, steps to ensure future contamination isn’t possible, the polluter will be held fiscally responsible for testing and mitigation costs, up-to-date information on the contamination provided to healthcare providers and mandating state agencies to hold regular meetings regarding the state of contamination.

All of these demands are being intentionally directed at Governor Cuomo, which according to Food and Water Watch’s Eric Weltman, is crucial to their strategy.

“We must let Cuomo know that we’re holding him and his administration accountable for ensuring the safety of Rockland’s water, so we’re not asking the DOH or DEC to take actions,” said Weltman. “These are nameless, faceless bureaucracies. We’re attaching a name to our demands,” he said.

The Rockland Water Coalition has created a petition that was linked to individuals who participated in Monday evening’s meeting and are encouraging any concerned residents to reach out to their elected officials regarding the contamination issue. 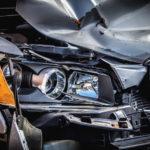 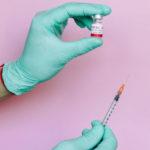 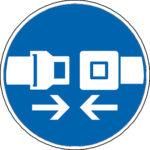 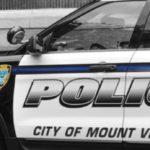