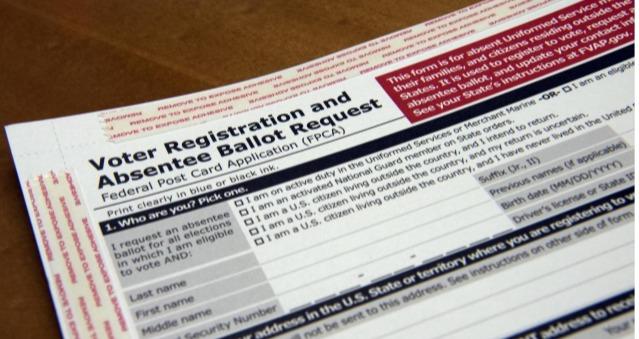 POUGHKEEPSIE – Debbie Wright, the Dutchess County Deputy Democratic Elections Commissioner is resigning and accuses her predecessor of corruption in the process.  The resignation is effective December 31.

Wright is also giving up her post as the Town of Washington Democratic Committee chairperson.  “It is with sadness that I am announcing I will be leaving my post as chair of the Washington Committee and Deputy Commissioner at the BOE at the end of the year no matter the outcome of the vote for Elections Commissioner. I can no longer be associated with the corruption and lies from our party leadership. I’ve seen a lot of good people leave over the years and it never made sense to me, but now I realize that being on the wrong side of lies and attacks from your own party is exhausting,” she said.

Sumner had tendered her resignation to Commissioner Beth Soto as Deputy Elections Commissioner earlier this year.  The resignation was supposed to be effective immediately following the Presidential Primary.  Sumner indicated that she would be retiring to Florida.  Seeking to improve the contentious atmosphere at the BOE, Soto terminated Sumner immediately.  Wright says that the termination infuriated Sumner and sparked a campaign by Sumner to remove Soto from her post.

Wright says that Sumner encouraged former Minority Leader and current county legislator Hannah Black to run against Soto for the Commissioner position.  The election is scheduled for November 23.  Wright says that Black showed a lack of ethics when she shared a confidential legislative report regarding a former commissioner with Sumner.  “Although the report was to remain confidential, Hannah immediately emailed the report to Elisa. Again, we see where her loyalties lie.”

Sumner, meanwhile, said this entire controversy is “internal ugliness of the party and is not news.” She accused Wright and Soto of “running to the press to undermine the party.”

Wright has worked at the Board of Elections since 2015, beginning under Marco Caviglia when he was commissioner.  When Caviglia lost his appointment, he fired Wright the next day.  It was determined that the firing was illegal and Caviglia was forced to bring Wright back the following week.

Man charged with harassment and unauthorized use of vehicle