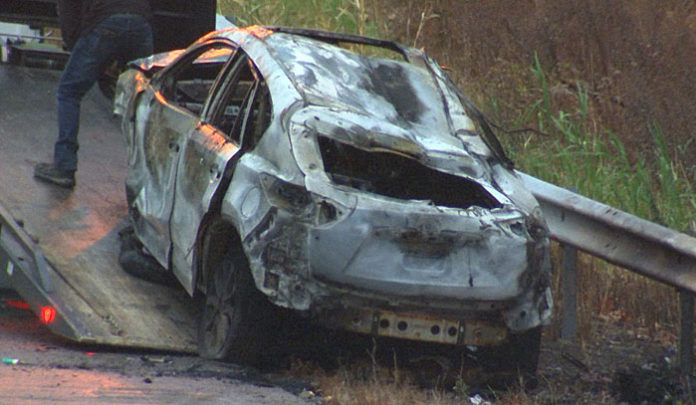 CIRCLEVILLE – A high-speed police chase ended in a fiery crash on Route 17 westbound just past exit 119 in Circleville Sunday afternoon.

State troopers on the scene said an SUV traveling over 100 miles per hour struck another vehicle them flew into the air before landing upside down on the side of the road and bursting into flames.

Police said at least one person was seriously injured and taken to nearby Garnet Health Medical Center.

The chase began on Interstate 84 when police said the driver refused to pull over.

Route 17 westbound was closed for close to three hours while police cleaned up the scene.

No room for anti-Semitism, says Neuhaus