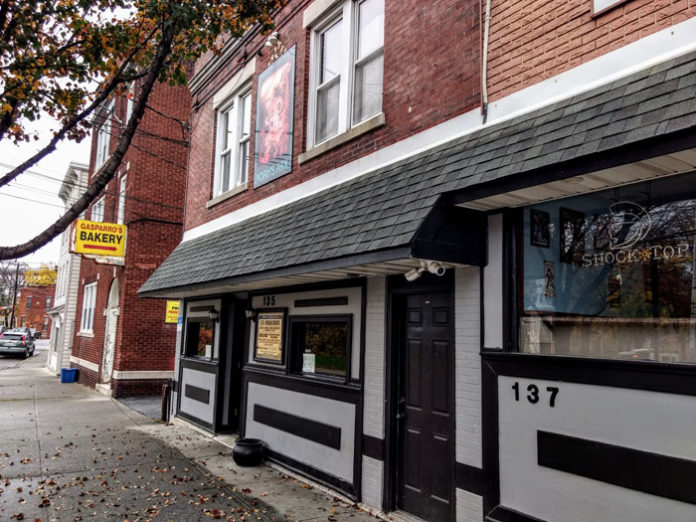 POUGHKEEPSIE – Bar owners in the Hudson Valley are reeling after Governor Cuomo’s most recent executive order issued on Thursday mandating that bars and restaurants cease in-person dining at 10 p.m.  Alcoholic beverages cannot be served after 10 p.m.

Area bar owners are frustrated at the new order that once again will impact revenue.  When the pandemic first arrived in the region, the governor in March forced restaurants to switch to take-out only to prevent the spread of COVID-19.  In June restaurants and bars were allowed to open for outside dining and drinking.

Mike Reed, owner of Noah’s Ark, a bar on Mill Street in Poughkeepsie, long known as “the late-night place to be,” is concerned about the new order.  “There has been no guidance from the State Liquor Authority on the latest order,” he said.  In the past, Cuomo has announced new restrictions on bars and restaurants during news conferences before official guidelines were written and provided to owners of establishments.

Typically, Reed’s bar doesn’t draw a crowd until just before midnight and the crowd grows until the 4 a.m. closing time.  “This will be devastating,” said Reed.  Noah’s opens at 4 p.m. and Reed vowed to try and make it work.  “I will try to stay open until 10 p.m. in the beginning to see if people come out early but there is a very good chance that I will need to close.  I don’t think we will do enough business to pay bills and employees.”

Jeremy Phillips has an ownership interest in Schatzi’s Bier Gardens in New Paltz and Poughkeepsie as well as Zeus Brewing in Poughkeepsie.  The businessman is more optimistic than his neighbor at Noah’s.  “Personally, I don’t think it will have a huge impact,” said Phillips of the new order.  “With the food mandate, we see dining start to trail off around that time (10 p.m.).  I think people can only eat so much and the landscape of ‘late-night drinks’ has certainly shifted to earlier dining and drinking during COVID.”

Poughkeepsie-based attorney Lorenzo Angelino specializes in helping establishments navigate the State Liquor Authority licensing rules.  “The Governor’s press release on Thursday was vague and the SLA has not released any guidance yet.  It says any licensed establishment, but that would imply grocery and gas stations, but I don’t think that was the intent. I believe the intent was for on-premise consumption.”

Brian Butler owns the Golden Rail Ale House in Newburgh and also serves as the president of the Empire State Restaurant and Tavern Association.  The organization’s website on Friday said, “We’re still awaiting publication of guidance from the State Liquor Authority to help explain the details of the 10 p.m. curfew for restaurants and bars.”  Butler called Cuomo’s latest order a “knee-jerk reaction which punishes the whole class instead of just the offenders.”

The longtime bar owner indicated that he will be forced to change his business plan yet again.  “We will, once again, be adjusting open hours and staffing, and closing on Mondays – a day that was justified by Monday Night Football, which is now a moot point. We would have to throw everyone out in the 3rd quarter of the game.”  The Golden Rail will now be open earlier on Sundays for a pre-game brunch.

Butler also noted that the new restrictions for establishments that have liquor licenses will also affect many of the area’s diners that are open 24 hours.  Under the current interpretation, diners that have a liquor license will not be allowed to seat patrons between the hours of 10 p.m. and 5 a.m.