The hearing, which lasted just shy of eight minutes, featured only two speakers. Common Council President Andrea Shaut said no one signed up to speak in advance of the virtual hearing and the city’s YouTube live stream viewership peaked at seven viewers.

Local Resident Karen Miller said in addition to the budget providing maintenance funding for projects, she was pleased this year’s continued proposal to continue lowering homestead and non-homestead taxes.

“In terms of no layoffs and the taxes are being kept at a reasonable amount, I appreciate that fine,” said Miller. “On the record, I’m in favor of the budget,” she said.

Ellen DeFalco, a local resident who briefly ran against Mayor Noble in the last mayoral election, told the council she believes it was inconsiderate to hold the meeting virtually on a Friday evening and that it is unnecessary to continue having city meetings be virtual.

“I voice my concern about continuing to hold virtual meetings when there are ways to ensure that specific requirements are adhered to, given that the council chambers are certainly large enough for a safe place to conduct business,” said DeFalco. “We have been inconvenienced enough for the last how many months- since March and I want to see you in person to carry on dialogue,” she said.

The council did not indicate as to whether another meeting would be held before the vote for the budget’s approval.

The entire city budget can be found on the city’s website and is also included in the agenda packet from Friday’s hearing. 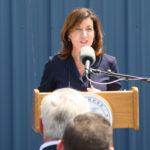 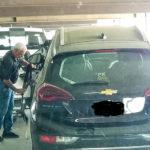 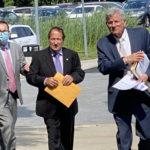