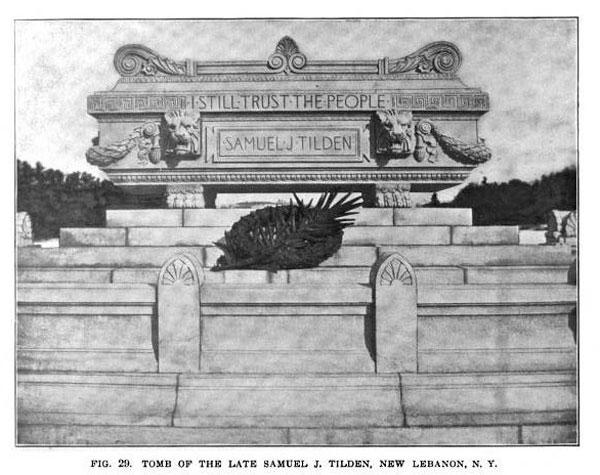 NEW LEBANON – State Police are seeking the public’s assistance in locating a stolen 400-pound bronze wreath that once sat at the tomb of Samuel J. Tilden in New Lebanon.

The wreath was placed in storage 53 years ago but was reported missing in April of this year.

The tomb itself was erected in 1895; however, the wreath, which had become damaged, was removed in 1967 for repair. It remained in storage awaiting the necessary funds for restoration.

Tilden was a respected law and politician who served as the 25th governor of New York. He also ran for president in 1876.

Anyone with information about this case or the location of the wreath is asked to call the State Police at 845-677-7300.

Camp Sundown a ‘lights out’ success