POUGHKEEPSIE – Baxter Builders, under the leadership of President Amanda Baxter, broke ground on a new $13 million investment in the city on Thursday afternoon.  Surrounded by elected officials and community leaders, the project known as “The Academy” was officially unveiled.

Located at 35-37 Academy Street at the interaction with Church Street, The Academy is slated to take two long-vacant buildings and transform them into an anchor for the city’s business district.

The buildings will also house co-working office spaces for entrepreneurs that are just starting out and do not have a need for a full-time office.

Vice-president Eric Baxter, who co-founded The Academy with his sister Amanda said, “The mixed-use development is uniquely positioned to be a vibrant hub of activity for the downtown neighborhood and the community.”

Sixth Ward Councilwoman Natasha Cherry, who represents the area, was pleased with the announcement.  “The Academy, with all of its offerings, is a welcomed addition to the Sixth Ward. This is the kind of development that will stabilize our city.  By encouraging the development of high-quality mixed-income housing we are sending a clear message to our residents, they matter and we want them to continue to make the City of Poughkeepsie their home.”

State Senator Sue Serino recalled being a teen when her mother worked in the building as an employee of the State Labor Department.  “This building was a hub of activity back then and thanks to the Baxter family, it will once again become a center of activity for the neighborhood,” while State Assemblyman Jonathan Jacobson called the project a “terrific addition to the city.”

Baxter, along with other community members, partnered with New York State Homes and Community Renewal, the Community Preservation Corporation (CPC), and Empire State Development (ESD) to transform it into a live, work, and play space. “As a nonprofit housing finance company, CPC is proud to invest in projects like The Academy that help to meet the unique housing and development goals of the Poughkeepsie community,” said Mary Paden, senior vice president & senior mortgage officer at CPC.

Dutchess County Executive Marc Molinaro, speaking after the groundbreaking, said, “The Baxters and the investors here are really building a community experience.  This investment will continue to propel the City of Poughkeepsie forward.”  The county executive added that The Academy will bring all of the needs of the people together under one roof to enjoy a “great experience.”

Mayor Rob Rolison expressed his excitement, calling The Academy a “transformational project that goes well with the entire area. This project addresses several needs for the community, It creates jobs, housing, and will draw people to the area.  This is exactly the kind of project we need to support and make sure that the Baxters have the feeling going in, that the City of Poughkeepsie is right behind them.” 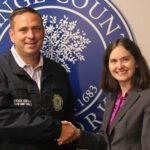 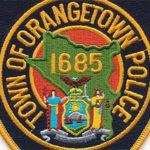 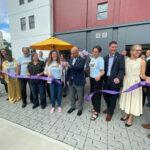 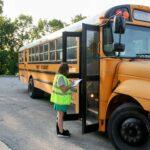