NEWBURGH – Along with a new police chief, the Newburgh City Police Department will be getting a new wardrobe.

Chief Arnold Amthor announced the department is in the process of “re-traditionalizing” the look of the uniform, which will be worn by mid-November.

The change is based on the feedback from the community, city officials, and other city stakeholders who expressed dissatisfaction with the overall uniform appearance worn at the present time, the chief said. 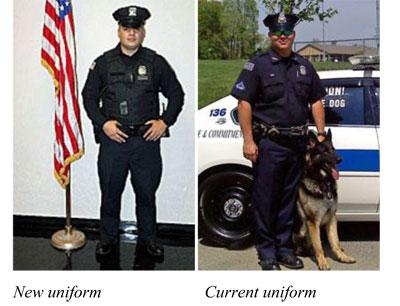 “Police officers are often judged by how they are perceived and received in the community they serve, especially within the minority population(s),” Amthor said. “The new uniforms are both practical, and professional, and we are sure will be positively received overall.

The chief worked with the department’s uniform committee to develop the new uniform, which will also include new outer jackets, traffic safety vests and other items to be issued in the new year.

VFW Veteran of the Year named