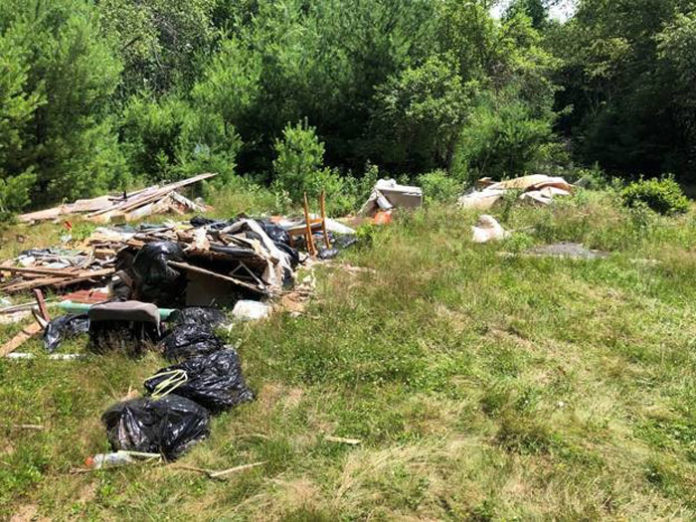 THOMPSON – A Fallsburg man pled guilty to illegal dumping and was fined $1,500 after state Environmental Conservation officers investigated a case in the Town of Thompson.

The EnCon officers were alerted by Sullivan County Sheriff’s deputies of the dumped construction and demolition debris. The waste had been dumped in an area where several homes were being remodeled.

One of the homeowners provided the man’s first name and phone number.

Officers met with the man, identified as Tim Nash of Fallsburg who admitted to the dumping and told them his trailer had gotten a flat tire so he decided to dump the garbage in the closest place he could find.