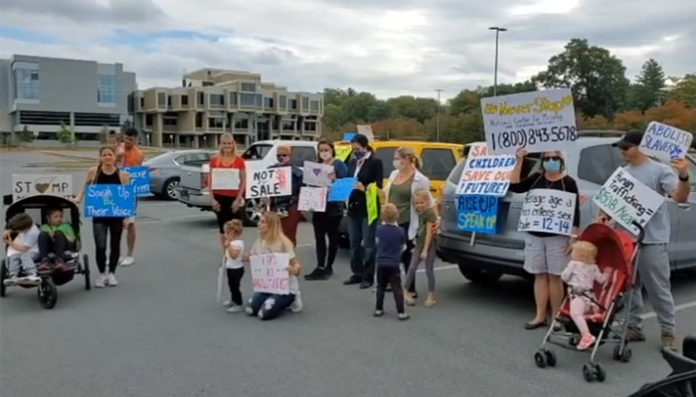 GOSHEN – A handful of members of STOMP – Stop Trafficking of Minors and Pedophilia – demonstrated at the Orange County Government Center in Goshen on Saturday.

“By being here we hope to accomplish making adjustments to the Amber Alert System. We also want to bring education and awareness to families in the area so they can be better prepared when they are out in the community with their families, shopping, and just to bring awareness to the fact that travesties against children are happening in our community,” she said.

Chele Farley, the Republican challenger in the 18th Congressional District attended the rally and said she was stunned to learn that 800,000 children are reported missing in the United States each year. She said she joined the demonstration in an effort to put an end to the exploitation of children.