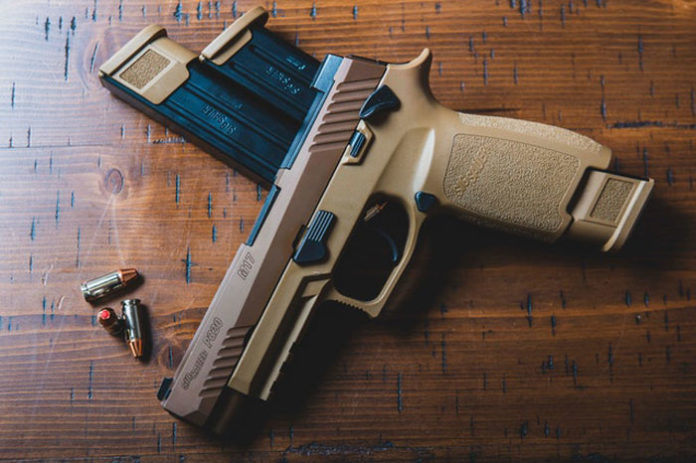 NEWBURGH – A Newburgh man was arrested by city police following a report of a man with a gun in the backyard of 137 Wisner Avenue.

The caller to the police on September 16 was the suspect’s spouse, who was able to flee the scene. She said the suspect, later identified as Edgar Lopez-Guerra, had displayed a gun, loaded a round in the chamber, and pointed at her.

When he was confronted by officers, he appeared to be highly intoxicated and agitated. He also had objects in his hands and a long shirt covering his waistband.

As darkness fell, and a chain link fence separating the officers and Lopez-Guerra, the situation became increasingly dangerous, police reported.

Following an altercation, he was restrained.

Upon further investigation, a defaced .45 caliber, semi-automatic handgun was located on a concrete slab by the house. It was loaded with a round in the chamber and several in the magazine.

Lopez-Guerra was charged with several felony counts of criminal possession of a weapon and other related charges.