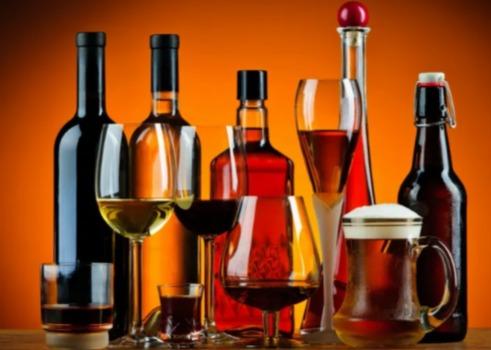 ALBANY – Governor Andrew Cuomo announced Friday that the state has suspended liquor licenses for 33 additional bars and restaurants in New York State after finding egregious violations of pandemic-related Executive Orders, bringing the total number of liquor licenses suspended during the coronavirus pandemic to 201.

Between Monday and Thursday nights, the state’s multi-agency task force, led by the State Police and State Liquor Authority, conducted 4,645 compliance checks, documenting violations at 14 establishments and the Governor said “It’s proof positive that the state’s enhanced enforcement activities are driving down the number of establishments flouting the state’s pandemic-related health and safety rules.” Businesses found in violation of COVID-19 regulations face fines up to $10,000 per violation, while egregious violations can result in the immediate suspension of a bar or restaurant’s liquor license.

With the return of college students for the fall semester, Governor Cuomo has directed the State Liquor Authority to increase efforts to ensure bars and restaurants in areas where college students gather are abiding by all public health measures. To date, this enforcement effort has found egregious violations in Cortland, Dutchess, Madison, Monroe, Oswego and Schenectady counties, with the violation leading to the summary suspension of the establishment’s license.

“New Yorkers have worked together to stop the spread of coronavirus — but with our infection rate hovering around 1 percent and the threat of a second wave on the horizon, we must double down on the successful strategies that have helped us over the last six months,” Governor Cuomo said.

State Liquor Authority Chair Vincent Bradley said, “Under Governor Cuomo’s leadership, our task force has made a real impact and we are seeing better compliance. We will continue to crack down on the small number of businesses that continue to operate in violation of the law and common sense — risking both New Yorkers’ health and our continued progress.”

In Dutchess County, Emmett Mahoney’s Irish Pub and Steakhouse at 35 Main Street in Poughkeepsie, had their license suspended on September 12, 2020.

State officials say the license was suspended after an SLA investigator visited Mahoney’s.on September 11. SLA investigators observed approximately 50 patrons inside the premises consuming alcohol, dancing to live DJ music, not wearing facial coverings, and ignoring social distancing. No food was observed being served, with an investigator ordering a beer while standing at the bar without being required to purchase food. Investigators additionally observed approximately 25 patrons on the outdoor patio, more than half of who were standing and consuming alcohol without facial coverings.   The license is suspended indefinitely.

In Westchester, the Blue Bar & Grill at 30 North Broadway in Yonkers had their license suspended on September 11, 2020.

On September 9, in response to numerous complaints of excessive noise and social distancing violations, the Yonkers Police Department and Yonkers Fire Department conducted a compliance check of the premises.  Officials found a DJ playing extremely loud music with one-hundred-nineteen patrons crowded inside the bar with a maximum occupancy of just sixty-two under the Department of Health’s indoor service guidelines. Officers reported a total lack of social distancing inside the bar, with numerous patrons not wearing facial coverings and mingling and drinking throughout the premises. Officers additionally noted no food was being served and found the businesses’ food permit had expired.