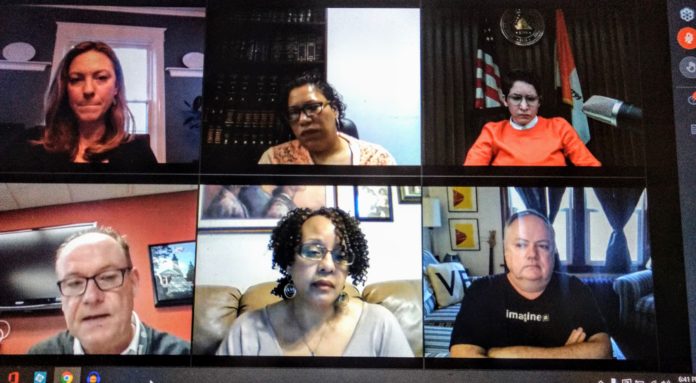 POUGHKEEPSIE – The Common Council voted to hire an outside consultant for the Local Waterfront Development Revitalization Plan (LWRP) in March.  Mayor Rob Rolison vetoed the bill.  The council attempted to override the veto but fell one vote short, creating tension between the council chair, Sarah Salem, and the city’s administration.  Salem once again is attempting to hire an outside law firm to provide advice to the lawmakers.

The council is set to meet on Monday at 5:00 pm for the public hearing regarding the creation of a Civilian Review Board and then the regular meeting is slated for 6:00 pm.

At the regular meeting, Salem is introducing a resolution to hire a law firm from Long Island to provide legal advice to the council.  The cost is not to exceed $25,000 for this fiscal year.

The resolution is critical of both Rolison and the city’s attorney, Paul Ackerman.  “The Mayor has willfully impeded the functioning of the legislative branch of city government and thereby has threatened the fabric of our local democratic structures,” the bill says in part.  The language takes the stance that the mayor is not authorized to veto legislation from the council when they sought to hire outside counsel.  The resolution also says that the city’s attorney offered an opinion on the matter that is contradictory to the council’s authority.

Rolison was out of town this week and has not had the opportunity to review the resolution.  When briefed on the bill, Rolison said he is “upset” that members of the council question the accuracy of city employees.  “When the council asks for an opinion from city staffers and they don’t get the response that fits their agenda, they question the integrity of the employees, and that is insulting.”

Asked if he would veto the resolution to hire an outside law firm, Rolison said “If the resolution passes on Monday night, I will review it and consider my options,” adding “Given the current budget deficit, I need to look at the fiscal impact of the proposal.”

Sarah Salem did not return numerous requests seeking comment.  Councilman Chris Petsas indicated that he is still researching the topic and has yet to decide if he will support it. Matt McNamara, who represents the 8th ward on the council, opposes the plan.  “Not for the first time, some members of the Council want to hire staff, retain outside counsel, and increase costs at a time of great financial pressure on our city. Notably, none of the Councilmembers who support this latest proposal ran for office on such a platform. If they had, they wouldn’t be on the council today.”  If the resolution does get approved, McNamara is urging the mayor to deny it. “Thankfully, our Mayor has veto power, and I urge him to use it, just as he has in the past when it comes to unnecessary spending requests from Chair Salem.”

Newburgh councilman develops plans to bring people to the polls

Local governments critical of AG’s actions in The Greens situation