The crimes charged in the indictments stem from incidents that occurred from late fall 2018 through May 2020. The illicit substances for which the defendants were charged were tested by the New York State Police Mid-Hudson Satellite Crime Laboratory. The laboratory testing of the substances, and restrictions occasioned by COVID-19, resulted in longer than normal times between the incidents charged and indictment in some of the cases. The District Attorney’s Office is seeking the public’s assistance in determining if those involved in the sales of controlled substances have engaged in other sales. Since those engaged in the sale of controlled substances often are not known to their customers by name, photographs of the defendants are being released.

Some of the cases arose from the “Blue and Gray Detail,” a joint operation that occurred in the City of Newburgh over the summer, which involved the City of Newburgh Police Department, the Federal Bureau of Investigation’s Safe Streets Task Force, and the New York State Police Violent Gang Narcotics Enforcement Team, and which was designed to drive down violent crime in the city.

In 2019, legislation was enacted that severely limits the courts’ ability to set bail for offenses involving narcotics sales.  In previous narcotics sweeps in Orange County, some bail was set by the court for almost all defendants charged with selling narcotics.  Although the District Attorney’s Office has requested bail in every bail-eligible case, to date bail has only been ordered for three of the forty defendants charged in connection with this enforcement action.  Bail was set on two defendants after prosecutors argued that their status as persistent violent felony offenders rendered each of them bail eligible even under the new bail laws. Bail was also set on a defendant who was on parole.  However, courts did not set bail in every eligible case.

At his arraignment, the District Attorney’s office requested that bail be set on Cory Mansfield, who was charged with selling Alprazolam to an undercover police officer.  At his arraignment, prosecutors argued on the record that Mansfield was eligible to have bail set even under the new law, due to his being on probation for a violent felony. The court released Mansfield without bail.

Niki Capaci was arraigned in Orange County Court on an indictment charging her with Criminal Sale of a Controlled Substance in the Third Degree and released without bail due to the new bail laws.  Within five days of being released, Capaci was again arrested and charged with Criminal Possession of a Controlled Substance in the Third Degree for possessing 820 decks of suspected heroin.  Although the District Attorney’s Office requested that bail be set on Capaci in the Town of Monroe Court, Capaci was again released without bail.  The District Attorney’s Office is bringing an application in County Court to have bail set on the indicted case. Currently, Capaci remains at liberty.

“We must respond to the spike in fatal overdoses in Orange County, and throughout New York State,” said District Attorney Hoovler. “The COVID-19 emergency temporarily hampered our ability to conduct the type of narcotics enforcement actions that are necessary to drive down the availability of these highly addictive substances, however the increase in fatal overdoses shows just how necessary these enforcement actions are. The narcotics epidemic affects every community in the State without regard to socioeconomic status and the connection between violent crime and narcotics is undeniable. There are few residents who do not know someone whose life has been devastated by narcotics. Unfortunately, getting help for offenders who need treatment for their addictions has become more difficult. Due to the large number of police agencies in the County, and its sheer geographical size, the infrastructure for screenings and enrollment in treatment programs for offenders exists primarily at the Orange County Jail. Under current bail laws, narcotics offenders rarely make it to the jail and, consequently, getting them assessed for narcotics treatment programs has become increasingly problematic. I am confident that law enforcement, local governments, treatment providers, and concerned Orange County residents will ultimately prevail in combating the narcotics epidemic that is killing far too many in our communities.”

Sheriff Carl DuBois stated, “Actions taken by the state legislature and Governor that released some low-level addiction-related criminals were announced as an improvement but those within the system here in Orange County knew that they were denying those persons treatment while in jail.  The Orange County Jail has robust and successful treatment options for those who come to jail addicted.  These offenders, arrested as a result of these investigations, are not low-level criminals despite whatever the legislature and Governor might believe; they were literally dealing death and heartbreak within our community.  This operation is another step in the ongoing fight against drug dealers profiting from the addiction of their customers.”

Chief John Ewanciw said, “This year has presented all law-enforcement agencies with unprecedented challenges as we have worked tirelessly to cope with the complex changes associated with New York State bail reform, the COVID-19 pandemic, and nationwide protests against police injustices. Operations such as this prove that police officers have not stopped working and will continue to do everything possible to protect and serve their communities. Illegal narcotics are a threat to all of our cities, towns, and villages, but through the collaborative efforts of these various agencies, we can have a positive impact on the Orange County community and make our streets safer.”

Newburgh Police Chief Arnold Amthor lauded the indictments, saying, “I appreciate and commend my officers and the outside agencies who participated in this detail, in the furtherance of our joint efforts to aggressively reduce street-level drug activities and violent crime.  During the detail, the officers, deputies, and troopers were exposed to adverse and oftentimes aggressive efforts to antagonize them. They met this negative behavior with the utmost restraint and professionalism, and I wish to personally acknowledge them.”

Major Michael of the New York State Police stated, “Fatal drug overdoses continue to be a major issue in Orange County.  Through continued teamwork and cooperation with our federal, county, and local law enforcement partners, we were able to arrest 40 defendants who traffic in narcotics.  These arrests, combined with education and treatment, will help to reduce the number of tragic drug-related deaths in our community.” 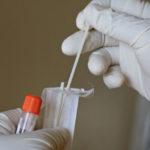 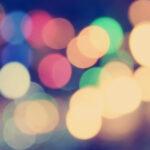