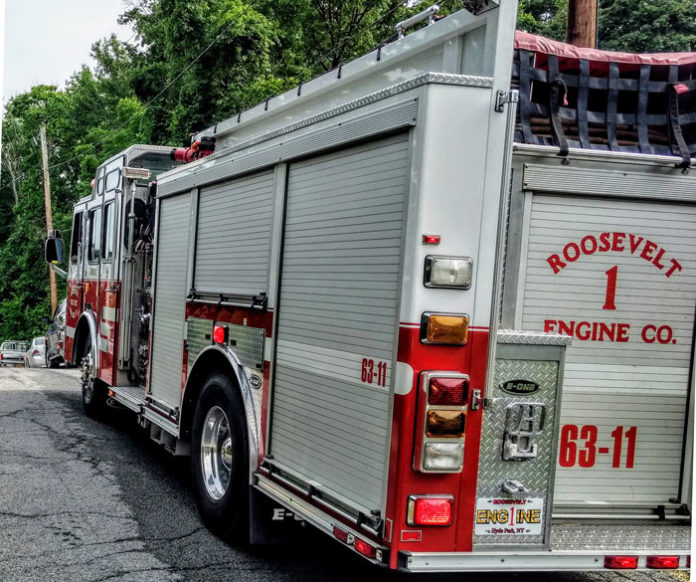 HYDE PARK – Firefighters responded to the Culinary Institute of America (CIA) campus Thursday morning for several people complaining of dizziness and other ailments.  Two patients were transported to an area hospital, according to Roosevelt Fire Chief Lew Darrow.

At approximately 8:00 am Thursday morning the Roosevelt Rescue Squad was dispatched to the CIA Bake shop located in the Continuing Education Center for an unresponsive person.  The Rescue squad along with mobile Life Support Services responded to render care.  While responding to the scene, dispatchers updated the ambulance that the patient was now conscious and alert.

While attending to the original patient, the rescue squad was advised that they had a second patient who was feeling faint and dizzy.   At 8:19 am rescue squad personnel notified Dutchess County 911 of now a third patient experiencing the same.

With three patients, the crew has requested a first alarm assignment to investigate a possible gas and or Carbon Monoxide leak and the building was evacuated.

Additional ambulances were requested to tend to the patients, including a fourth individual with the same symptoms.

Upon arrival of fire personnel, the building with checked for carbon monoxide (CO) and the possibility of a gas leak.

Central Hudson was contacted and responded to assist.  The building was completely checked with meters and no CO or gas leak was found.

It is undetermined as to what caused the patients to have these symptoms.  The building was declared safe and students were able to return to class.  Two patients were transported to local hospital for evaluation and two patients declined further medical attention.