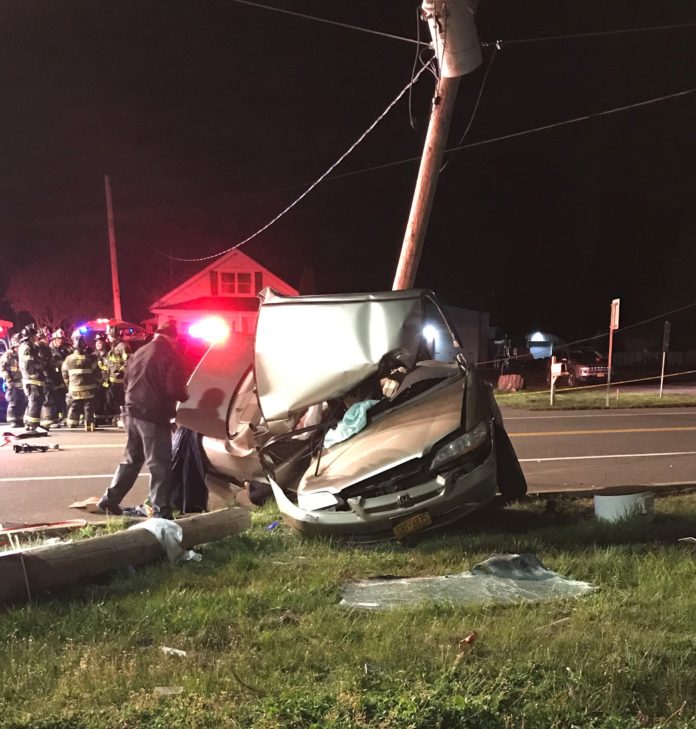 SAUGERTIES – On Monday afternoon, Saugerties uniformed police, detectives, and Chief Joseph Sinagra initiated a traffic stop on a vehicle at 2:14 pm to arrest 22-year-old Daniel Kellogg on the felony charge of vehicular homicide.  The stop was planned after detectives received a tip earlier in the day that said Kellogg, wanted in connection with an April 22 crash where he was driving and the passenger was killed, was preparing to flee to California.

Saugerties Detectives were able to confirm that Kellogg had purchased a one-way bus ticket to Arizona, and from there, was being picked up by a family member, whom then was to bring Kellogg to California.  Kellogg was a passenger in the vehicle on Monday when it was stopped on Route 9W.

Chief Sinagra said that Kellogg, of 2741 Route 9W Town of Saugerties, was driving a 2000 Honda Accord that had struck a utility pole near the Sunoco station on Route 9W in Saugerties.  When police responded at 1:22 am, Kellogg had to be extricated from the vehicle and then airlifted to Albany Medical Center.  The passenger of the vehicle was pronounced dead at the scene.

Saugerties Police Detectives established that Kellogg was operating the vehicle while under the influence of alcohol and prescription drugs when he ran off the road striking the utility pole, causing the death of his passenger 29-year-old Kingston resident David Mattison.

Kellogg was arraigned in the Town of Saugerties Justice Court and remanded to the Ulster County Jail in lieu of $10,000 cash bail.