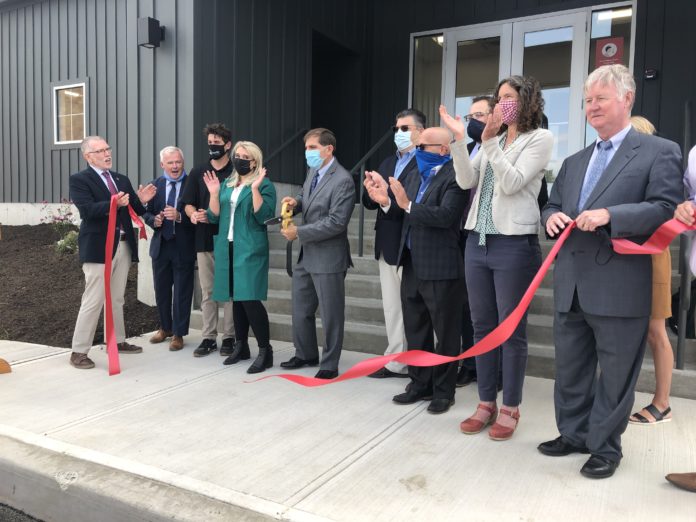 The lab is the most advanced facility of its kind in New York State for medical marijuana and hemp products with a 48-hour turnaround time to ensure products are safe.

“We check for potency,” said Marco Pedone, the lab’s co-founder. “We look for pesticides, bio-toxins, and heavy metals.”

The lab will serve the region’s growing cannabis belt, close to the Black Dirt region in southwestern Orange County on the site of former medium-security prison, which closed in 2011. Prior to that it was a youth reform farm started under then Gov. Franklin Delano Roosevelt, and the lab’s prior use then was for raising chickens and pigs.

When the state closed the prison, the Town of Warwick acquired the land and established the Warwick Valley Office and Technology Corporate Park. And hemp became a desired industry in the town, as it tries to attract other businesses in this type of sector.

“We settled very quickly on a hemp development cluster in Warwick,” said Mike Sweeton, supervisor of the Town of Warwick.

Drug overdoses up during pandemic in Ulster County