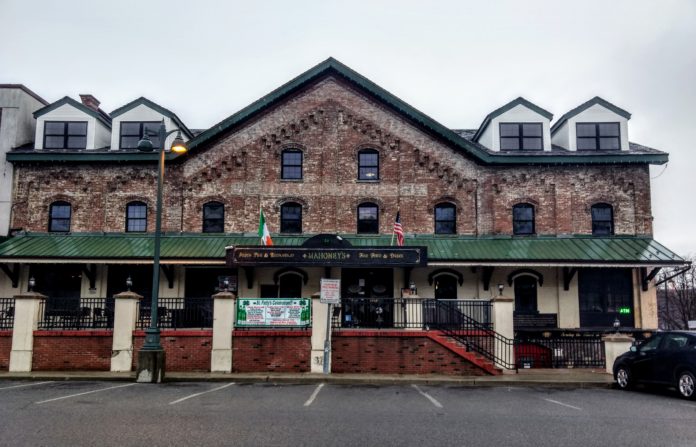 Pat Rohan, manager of the establishment near the Poughkeepsie Train Station said that the suspension took effect Saturday afternoon at 5:00 pm.  “We’re still open and serving food,” said Rohan.  Rohan said that a hearing with the SLA will be held on Monday.  “In the meantime, we are still open for business, and football fans can come down Sunday to watch all of the games here at Mahoney’s.”