GOSHEN – The suspect accused of shooting Middletown Police Officer Evan Barone on August 29, 2020, was arraigned Wednesday on charges including Attempted Murder in the First Degree, according to Orange County District Attorney David Hoovler.  29-year-old Desean Owens of the Bronx is facing 40 years-to-life in prison if convicted.

In addition to the Attempted Murder charge, the indictment charges Owens with Aggravated Assault Upon a Police Officer, Criminal Possession of a Weapon in the Second Degree, Reckless Endangerment in the First Degree, and Criminal Trespass in the First Degree.

The indictment alleges that on August 29, 2020, on Myrtle Avenue in Middletown, Owens attempted to kill Officer Barone by shooting him with a 9 mm. pistol. The police officer was struck in the arm. The police officer shot back at Owens, wounding him. The charge of Reckless Endangerment in the First Degree pertains to allegations that when Owens fired his pistol it was pointed not only in the direction of the police officer but also at a number of civilians, including several children, who were in a car near where the officer was standing. The charge of Criminal Trespass in the First Degree pertains to allegations that Owens knowingly entered and remained unlawfully in a residence on Myrtle Avenue armed with the 9 mm pistol and had refused several orders by the resident to leave the house.

Bail was set in the amount of one-million dollars cash, or three-million dollars secured bond, or ten million dollars partially secured bond. Owens, who is the custody of the Orange County Sheriff’s Office, was arraigned at the hospital where he is still being treated, and all the parties at the arraignment, appeared through the use of video cameras. The case was adjourned to September 30, 2020.

“I pray that the police officer who was shot in this incident will have a full and speedy recovery,” said District Attorney David Hoovler. “The attempted murder of a police officer is a crime which strikes at the very heart of public safety and the criminal justice system. Those who direct violence at police officers and endanger children deserve severe punishment.”

The incident was captured on a doorbell camera.

In 2015, the DA’s office and all Orange County police chiefs adopted a protocol to be used when police officers use deadly physical force that results in death or serious physical injury to a suspect or bystander. The protocol designates the Orange County District Attorney’s Office as the “lead agency” in an officer-involved fatality investigation and provides that the New York State Police will be contacted and will be asked to assist the District Attorney in the investigation. The New York State Police are to process the scene of the incident to preserve all forensic evidence and will perform forensic analysis. The protocol is designed to enhance public confidence in the outcome of officer-involved fatality investigations, by removing the “involved police agency” from the investigation.

At the request of and with the consent of the City of Middletown Police Department, the protocol was activated in this investigation. New York State Police investigators and troopers responded to the scene of the shooting and have recovered evidence and interviewed witnesses. District Attorney Hoovler personally responded to the scene along with Assistant District Attorneys and a District Attorney’s Office criminal investigators. The City of Middletown Police Department is fully cooperating in the investigation and, pursuant to the protocol, safeguarded the scene until the State Police arrived.

Officer Barone was cleared of any wrongdoing in the incident by Hoovler’s office.

Pursuant to an Executive Order signed by Governor Cuomo, which was later codified, certain police–involved shootings are investigated by the New York State Attorney General’s Office. After being briefed on the incident, District Attorney Hoovler spoke to an Assistant Attorney General, who agreed that the Orange County District Attorney’s Office should continue its investigation. The Executive Order does not apply to instances where the person shot by the police officer was armed. 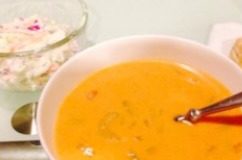 Westchester restaurants band together for a ‘Million Gallons’ program