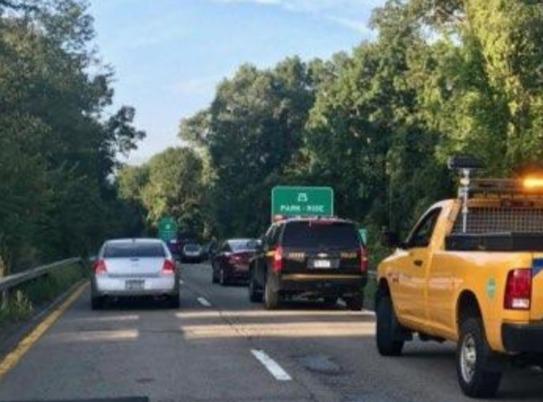 EAST FISHKILL – On September 8, 2020, the New York State Police investigated a fatal crash on the Taconic State Parkway in the town of East Fishkill, that took the life of a Lagrange man.

At approximately 5:45 a.m. Troopers were assisting a motorist who had just struck a deer in the right lane of the Taconic State Parkway at mile marker 39 southbound.  While the Troopers were placing road flares behind the patrol vehicles with emergency lighting activated, a southbound 2019 GMC Sierra, operated by Joaquin Rodriguez, age 51, of Lagrange, merged into the left lane from the closed right lane.  A southbound 2003 Subaru Forester operated by Daniel O’Brien, aged 50 years, of Lagrange, also in the left lane then rear-ended the GMC Sierra.

Mr. O’Brien was not wearing a seatbelt and suffered severe trauma from the crash.  Troopers extricated him from the vehicle and began performing life-saving techniques until EMStar Ambulance, and East Fishkill Fire/Rescue arrived to take over life-saving efforts.  Mr. O’Brien unfortunately succumbed to his injuries and was pronounced deceased on scene.