POUGHKEEPSIE – Multiple incidents of gunfire over the weekend left a 24-year-old man dead in Poughkeepsie and the community is gearing up to fight back.

SNUG (‘guns’ spelled backward), under the umbrella of Family Services, Inc., has outreach workers, many of whom are former convicted inmates from the Poughkeepsie area.

On Monday, the SNUG workers joined elected officials and residents at King Street Park, the sight of the most recent murder to announce changes.

“We are here to start taking back the streets,” said Debra Long, SNUG’s program manager.  Long also serves as vice-president of the city’s school board and said that SNUG has been revitalized, noting “People of Poughkeepsie are going to see us take an even bigger role in trying to curtail the violence.”

Eric “Yahya” Archer is the senior outreach worker at SNUG and said, “We are working to curtail violence by interacting with kids between the ages of 16 and 25 because they are the ones most at risk.  We have several programs available for the youth and we are looking to join forces with other programs to reduce the violent acts.”

After the rally, Long told Assemblyman Jonathan Jacobson that SNUG needs more funding in order to bring in two additional staffers for their mission.  Jacobson noted that several new laws passed in Albany are designed to curb gun violence.

Mayor Rob Rolison said that the city police are using resources from many other law enforcement agencies in an effort to curtail the uptick in violence in the city. “The number of community members gathered today is a sign that the violence will not be tolerated and we are going to work with SNUG and others to keep our city safe.”

Several members of the common council were at the event, including Natasha Cherry and Yvonne Flowers.  Both spoke about the number of reports of gunfire over the weekend.  “I was on the phone with Councilmember Cherry on Saturday night and we could hear the shots ring out.  It was disturbing,” said Flowers who also visited the park Saturday night while police were investigating the murder.  “There were shell casings all over the place.  We’re very fortunate that more people weren’t shot.”  Cherry agreed with her colleague. “The city is better than this and everyone needs to take action to keep Poughkeepsie safe.”

Using the opportunity to denounce the violence while showing support for policing efforts, State Senator Sue Serino said,  “Now more than ever we need to come together to send a clear message: our community has zero-tolerance for violence of any kind. We need to do all that we can to ensure our community, and the law enforcement and community groups who protect it, have the resources they need to keep our community safe.” 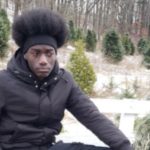 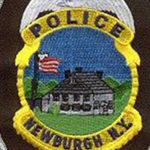 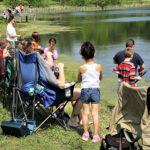 Hooked on Fishing returns to Poughkeepsie