This week, despite the heat advisories, veteran officers Tom Palinkas and Mike Braren mounted their Cannondale mountain bikes to patrol the city in a more “approachable” manner.

“We’ve logged about twenty miles a day this week in several different sections of the city,” said Braren.  With the city being approximately 5 square miles, the two officers have covered a tremendous amount of territory.

“In my twenty years of wearing a uniform, I’ve never had people approach me to say “thanks” before.  When we are on foot or on the bikes, the community reaction is nothing but positive,” said Braren.  “Given the current atmosphere surrounding police and community relations, it’s very refreshing.”

Palinkas, in describing the outreach that the unit is doing, said “We’ve covered a lot of ground in this city.  We’ve ridden through the south side, north side, down to the river, and east to the city limits.”  The uniformed cyclist also said that their presence reduces tension.  “Our department has always been proactive.  We’re out here to make people feel safe.  With the rare exception of being forced to write a nuisance-type ticket, we’re out here interacting with the community, and the response has been very positive.”

Tim Worthy, a Dutchess County resident said he saw the bike cops riding through the Financial Plaza parking deck recently.  “I’ve been parking here for years.  It started to become a place for homeless people and junkies to hang out in the shadows.  When the cops started walking and biking through, the problems all but vanished.  It’s much safer now,” he said.

Mayor Rob Rolison, a retired police detective, pushed for the return of the unit since taking office.  “Community Policing has been a goal and priority for us since taking office in 2016.  The words ‘Community’ and ‘Policing’ go hand-in-hand towards having a safe and trusting community.”  The community policing unit had been disbanded several years ago as a result of the previous mayor’s budgeting woes that forced a mass exodus of experienced officers. 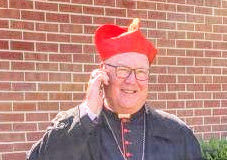