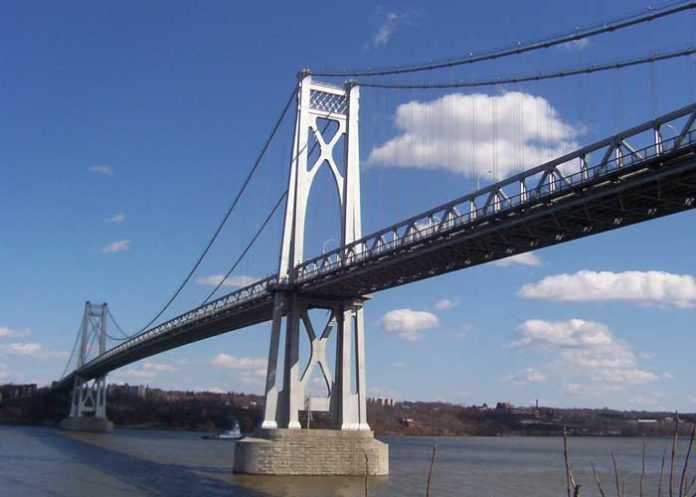 She released the findings of her office’s investigation on Monday.
The Bridge Authority operates the five Hudson Valley bridges: Bear Mountain, Newburgh-Beacon, Mid-Hudson, Kingston-Rhinecliff, and Rip Van Winkle bridges. It is financed by toll revenue and receives no state budget appropriations.

The Inspector General found that the Bridge Authority’s former Board of Commissioners approved Ruggiero to receive a total of $92,846.58 in paid leave accruals and severance without fully considering and questioning the actual terms of his employment agreement and what is required under State law. The severance – $58,600.37 for 720 hours – was calculated contrary to the terms of Ruggiero’s employment agreement.

The Bridge Authority declined to comment at this time.  Ruggiero has indicated that he will issue a statement rebuffing the report.

Ruggiero was appointed executive director of the Bridge Authority in March 2010 and served for almost five years as an at-will employee. In January 2015, amidst legislation

introduced to possibly merge the New York State Thruway Authority and Bridge Authority, Ruggiero sought an employment contract with the Bridge Authority. Such agreements were entered into in 2015 and 2017 and ultimately expired without renewal in 2018.

In January 2019, Ruggiero asked the Bridge Authority’s outside general counsel, Carl Whitbeck, Jr., to draft a termination agreement with the following components:

The stated reason for Ruggiero’s continued employment as executive assistant was to foster a transition of leadership to a new acting executive director. In reality, the evidence shows he did not make himself available to her during the transition and took leave during the period. Additionally, the move allowed him to formally commence his candidacy for county executive while not running afoul of a provision of state law that bars any state agency leader from running for elected office.