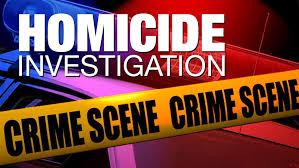 Shortly after midnight Thursday, Mount Vernon Police Department Patrol Units conducted a traffic stop on South 10th Avenue during which the driver told the officers that his cousin had just been shot on South 8th Avenue.

The driver took the officers to the location where the incident occurred, but the victim was not there.  Officers conducted a canvass at which time they were able to confirm that a shooting incident did occur.

The victim had been transported by his friends to Mount Vernon Hospital Emergency Room.  He was later transported to Jacobi Medical Center in The Bronx where he succumbed to his injuries.

Detectives from the Mount Vernon Major Case Unit are investigating the incident.

Anyone with information is asked to contact the Mount Vernon Police Department Major Case Division at 914-668-6841.  All calls, emails and text messages will remain anonymous.

Farm worker airlifted to hospital after being run over by tractor