POUGHKEEPSIE – Ann Evans, an 85-year-old tenant at the Admiral Halsey tower located at 135 Main Street in the City of Poughkeepsie  is scared to live there because of deteriorating conditions.  On Thursday morning, Evans was trapped in one of the building’s two elevators for approximately 30 minutes.

City Councilman Chris Petsas and Mayor Rob Rolison were alerted to the latest mishap Thursday afternoon and immediately responded to the apartment building to find that both elevators were out of service and several irate tenants were on the front porch giving the officials a rundown of the problems.

Evans told the men of how, when she got in the elevator in the morning, she pressed the button for the lobby and the doors closed.  “It made a big boom and the elevator jumped,” recounted the senior.  “It was hard trying to keep calm when you are claustrophobic and you are afraid to be in a closed space,” Evans continued.  “It was hot and I couldn’t breathe.  I was getting dizzy and banging on the door with my shoe and phone.  I was pressing the buzzer and nobody answered,” Evans told Mid-Hudson News.  “I thought I was going to die in there.”

Evans has a heart condition and says that the elevator is out of service regularly, sometimes twice a day.  Recently the elevators were out of service for five hours one evening, keeping a number of elderly tenants, many in wheelchairs, stuck in the building’s lobby.  Evans said that the lobby bathrooms were locked and the tenants had no access to restrooms.

Rolison and Petsas met with building manager Lori Ferguson who is employed by Reliant Realty, a subsidiary of the building’s owner, Omni New York LLC.  Ferguson admitted to having a problem with the elevators and said that the plan to fix it will be the installation of an air conditioning unit in the machine room to keep the units from overheating.

“These conditions are unacceptable,” said Rolison. “I will be contacting both Reliant and Omni to demand that the conditions are improved for the tenants, many of whom are elderly.”  The mayor added that the city’s building department will be visiting the building to inspect a list of other possible violations.

Councilman Petsas said that since Omni took over in 2007, conditions have deteriorated.  “Years ago this building was filled with senior citizens.  Now they are renting to younger tenants that are destroying the quality of life.  There have been overdoses in the building and tenants dealing drugs.  The police rarely needed to respond to the building until Reliant started running it.  Our seniors deserve better living conditions than the management company is providing.”  The company listed as security for the building is also a subsidiary of Omni; Reliant Safety. 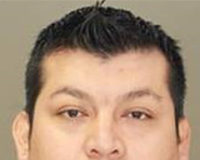 Man wanted in Rockland for assaults