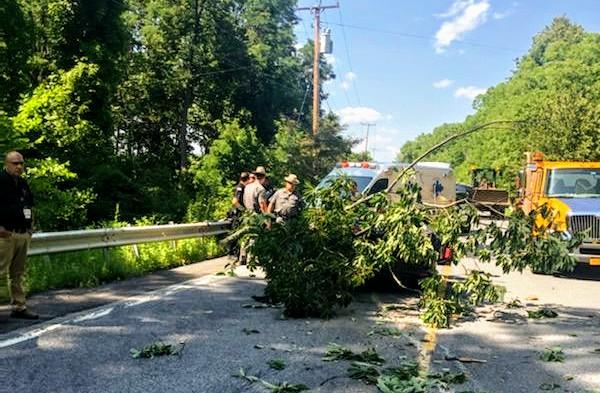 STAATSBURG – Route 9 in the Staatsburg area was closed for an extended period of time Monday afternoon as emergency personnel responded to reports of a tree that fell on a car near the intersection of Route 9 and Mills Cross Road.

Officials have told Mid-Hudson News that a tree fell on a vehicle operated by a woman that was traveling northbound Monday afternoon around 3:15 p.m.

The tree caused substantial damage to the vehicle.  Firefighters from the Roosevelt Fire Department worked to free the victim who was pronounced dead on the scene.

Hyde Park Police Chief Robert Benson said the victim’s identity is being withheld until her family is notified.

Route 9 was reopened to traffic at approximately 5:52 p.m.

Additional information will be provided as it becomes available.