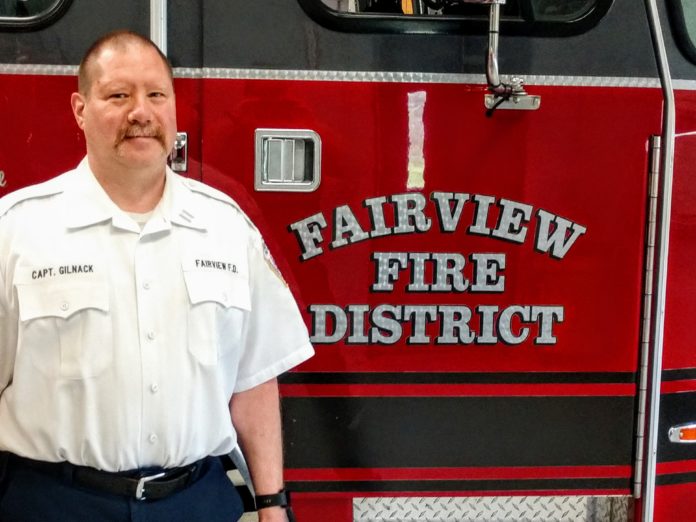 TOWN OF POUGHKEEPSIE – The Fairview Fire District commissioners voted on Tuesday night to officially appoint Tim Gilnack as the new chief of the department and also hired four new firefighters for the department.  Gilnack was promoted from within the department to replace Chief Chris Maeder after his recent retirement.

President of the board Andrew Calamari noted the excitement about the new hires, saying “We are enthusiastic about hiring these four qualified firefighters that will join the Fairview team, bringing staffing levels to full capacity.”

With promotions as well as a few firefighters leaving for other departments, the department was short on manpower.  Chief Gilnack said “Having the four new firefighters join the department, we are moving forward to better answer emergency calls in our district while also assisting neighboring departments when needed.”  Gilnack also offered “I welcome these four men to the Fairview Fire Department and look forward to working with them as their careers progress.”

The four new hires are all experienced firefighters with volunteer departments.  Thomas Germano Jr., Andrew Rayburn, Richard Gunn, and Tyler Hildwein will begin work at the firehouse on August 6th before leaving for the NYS Fire Academy on August 9th.