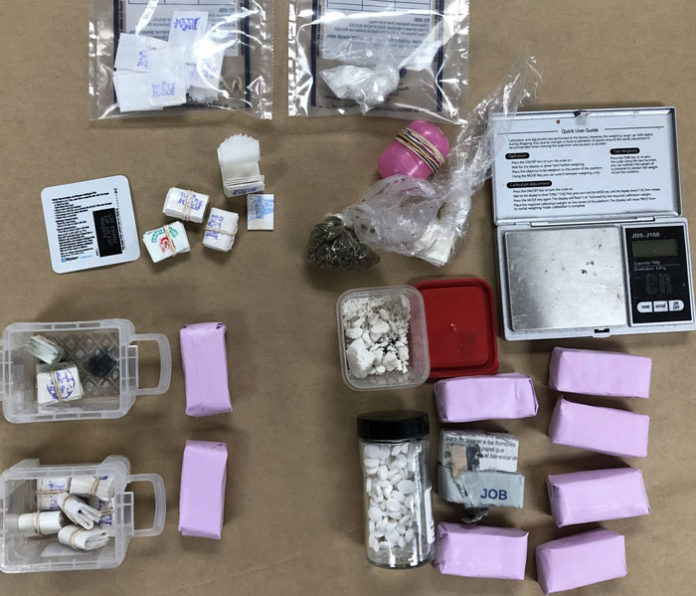 On July 7 at about 11:20 p.m., members of URGENT, the Ulster County Sheriff’s Office and the US Department of Homeland Security Investigations, executed a search warrant at a hotel in the Town of Ulster where Jenna Neglia, and Luke Robinson, both 26, were staying.

The search yielded over 600 decks of fentanyl, half an ounce of cocaine, over 120 tablets of methadone, heroin, marijuana, and drug packaging materials.

Neglia was charged with four counts of criminal possession of a controlled substance, three felony counts and one misdemeanor, and criminal use of drug paraphernalia. She was also wanted for an outstanding bench warrant in the Town of Ulster on an unrelated charge.

Robinson was charged with felony criminal possession of a controlled substance. He was released on an appearance ticket.

URGENT was assisted in the investigation by the State Police Violent Gang and Narcotics Enforcement Team.

Donations abound during the holidays