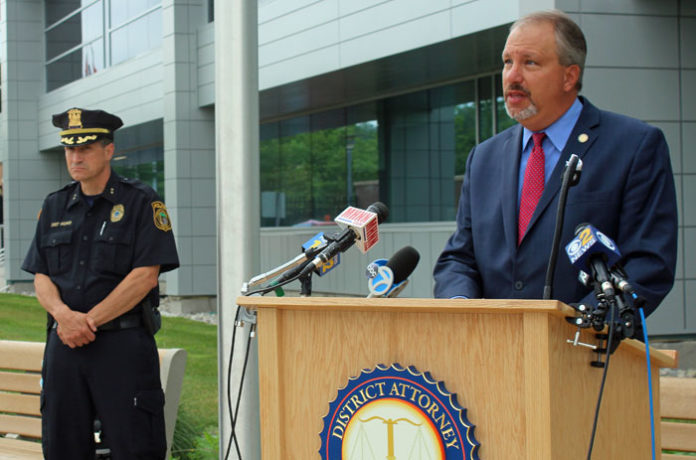 GOSHEN – Authorities have released the name of the man shot dead by an off-duty Ramapo Town Police officer outside their homes in Cornwall late Monday night as 40-year-old Erick Gilmore.

The two men had argued just before the shooting.

The officer used a non-duty gun and a knife was recovered at the scene.

Orange County District Attorney David Hoovler, who would not reveal the name of the officer, said protocol in police officer shootings dictates that his office will lead the investigation with the State Police.

“Under my guidance, all police shootings will go in front of a grand jury and the grand jury will make a finding. In addition to the grand jury’s finding at the conclusion of the case, it has been the practice here in Orange County, the district attorney’s office conducts a parallel investigation and we release the facts and circumstances of the shooting and the evidence that was recovered in that. We have done that consistently since 2015,” he said.

At the same time, the Cornwall Town Police Department will conduct an administrative investigation.

Hoovler said the Ramapo officer was not acting in any official law enforcement capacity at the time of the incident.

He said the officer has since been placed on administrative leave.