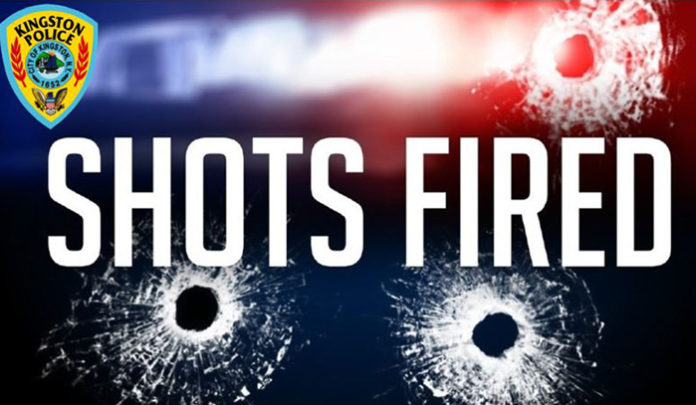 KINGSTON – The Kingston Police Department is investigating a shot being fired at a Henry Street residence.

Police said on July 6 at about 12:30 in the morning, an unknown person or persons shot once at an occupied residence at 63 Henry Street.

The front door was struck by the bullet and no one was injured.

The Kingston Police Department is interested in speaking to two men who were seen running on Sterling Street shortly after the shot being fired.

Police believe the residence was the intended target and not a random act.

Anyone who can identify the men responsible for the shot is asked to call Detective Ryan Shuman at 845-943-5752 or email him at [email protected] Those wishing to remain anonymous can leave a message on our Tipline at 845-331-4499.