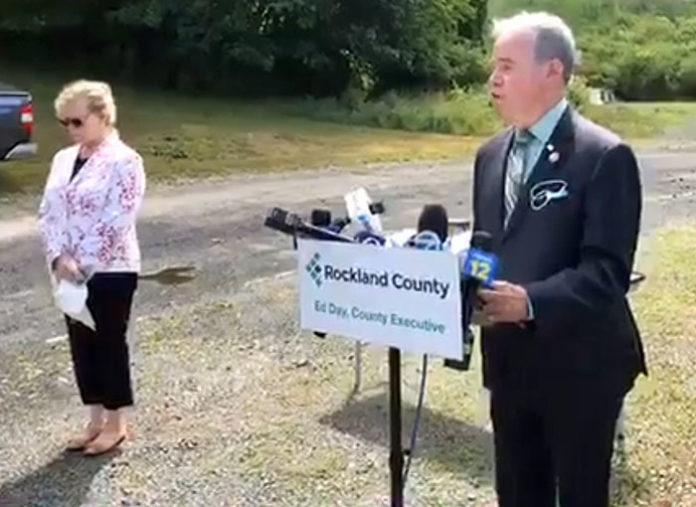 NEW CITY – A recent party in West Nyack attended by as many as 100 young people has sparked a fear among Rockland County officials of a spike in new COVID-19 cases.

In one recent case, someone with virus symptoms held a large party, prompting officials to launch a contact tracing initiative, but County Health Commissioner Dr. Patricia Schnabel Ruppert said they are not receiving cooperation from those who attended.

Some deny being at the party when they are reached by phone, others hang up, she said.

“This is a serious public health issue, a deadly one,” Ruppert said on Thursday.

County Executive Ed Day had a warning for those who violate state executive orders.

“I don’t care who you are, who you know, how much money you make, where you live, or anything along those lines,” he warned. “If you get in the way of a health department investigation, we will take every step necessary to ensure that we respond appropriately, and we are talking about a serious response; $2,000 a day violation to start.”

Dr. Ruppert will be issuing subpoenas to those who refuse to cooperate.

The commissioner noted young people who contract the virus could unwittingly bring it come to parents and grandparents, who because of their ages, could be at even higher risk.