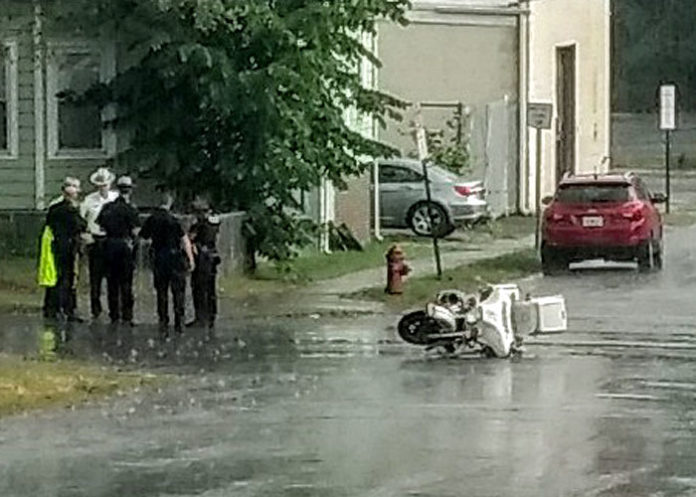 City police and fire departments responded to the accident shortly before 4 p.m.

Several city officers and sheriff’s deputies, including Captain John Watterson were near the motorcycle that was on its side in the middle of the North Hamilton and Cottage Street intersection.

Police declined to provide information at the scene.

This story will be updated as information becomes available.