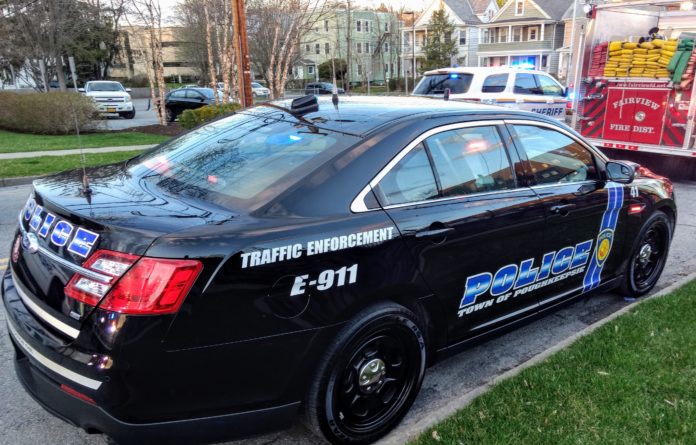 POUGHKEEPSIE – A LaGrange man has been arrested by Poughkeepsie Town Police on a robbery charge for allegedly forcibly stealing merchandise from the Staples store on South Road on Thursday, June 11.

Following investigation, William Gearhart, 45, was arrested on Wednesday, June 17 and charged with the robbery. He was also charged with five counts of petit larceny stemming from larcenies he allegedly committed at other local businesses in the Town of Poughkeepsie over the last two months.

He was arraigned and released on his own recognizance pending a future court appearance.