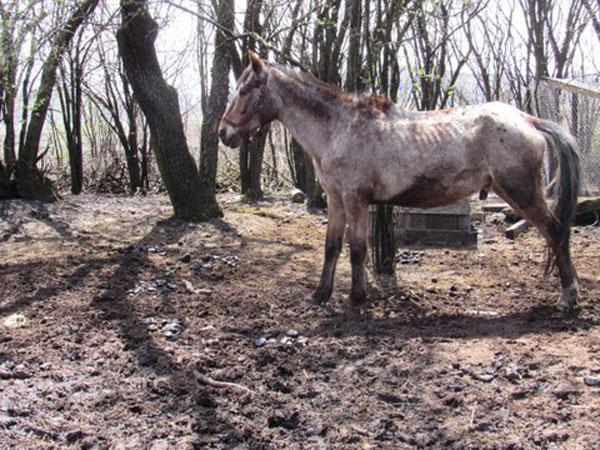 GOSHEN – The Hudson Valley SPCA Division of Humane Law Enforcement, Monday, announced the arrest of a Town of Goshen man on two counts of felony aggravated cruelty to animals.

Pedro Rodriguez, 52, of Pulaski Highway, is also charged with one count of failure to bury a decreased animal as a misdemeanor.

On May 2, SPCA investigators, in cooperation with Town of Goshen Police, acting on a complaint went to a farm off Pulaski Highway.

That’s where they found a dead emaciated female Appaloosa horse and a second Appaloosa, a white male, that was on the ground too weak to stand.

The entire area was strewn with litter. There was no food, no water or sustenance for the animals.

Rodriguez is scheduled to return to court in September.

Persons with information are asked to contact the SPCA Law Enforcement Division at 855-448-2548.