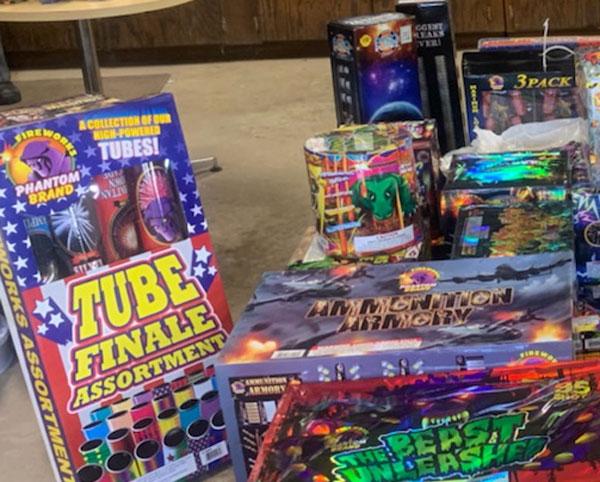 GREENVILLE – State Police, Monday, arrested a Mechanicville man for possessing a large amount of fireworks when stopped for speeding on Interstate 84 in the Town of Greenville, not far from the Pennsylvania border.

Matthew Zullo, 51, was charged with unlawful sale of fireworks as a misdemeanor.

Troopers observed a large amount of fireworks in plain view on the rear seat of Zullo’s 2004 Mercury.

Zullo was charged with Unlawful Sale of Fireworks, a misdemeanor.

He was released on an appearance ticket returnable to the Town of Greenville Court in July.

Meanwhile, state troopers stopped a cargo van for a vehicle and traffic violation. While interviewing the driver, troopers learned that the van contained a large amount of fireworks with a value of $5,000.

While interviewing the driver, another vehicle came to the scene. The driver of that vehicle identified himself as Anthony Curl Jr., 48, of Delancy, NY. He said the fireworks were his and he placed them in the van.

He was charged with unlawful sale of fireworks as a misdemeanor.

The State Police were assisted by members of the New York City Police Department.

Another shooting victim in Kingston