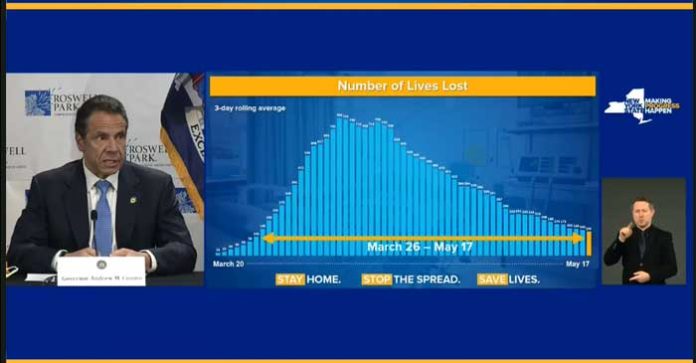 NEW YORK – Governor Cuomo expressed concern on his daily briefing Thursday about the unknowns concerning the rare childhood inflammatory syndrome that is linked to COVID-19.

As a result, he said if he had young children, he would not send his own children to a summer day camp. He has made no decision as to if he will allow those camps to open this summer.

Beaches open this weekend – for Memorial Day – and he said the pent-up energy will mean they will likely fill up very early in the day especially since he is calling for only 50 percent capacity. Aside from New York and Long Island beaches, he said Lake Welsh in Palisades Interstate Park would also be opened.

In other news from the briefing, Cuomo said Rockland County healthcare facilities may now resume elective surgeries and procedures.

He also renewed his warning that if Washington does not come up with aid to the states, New York would have to cut aid to localities – schools, hospitals and local governments – by some 20 percent.