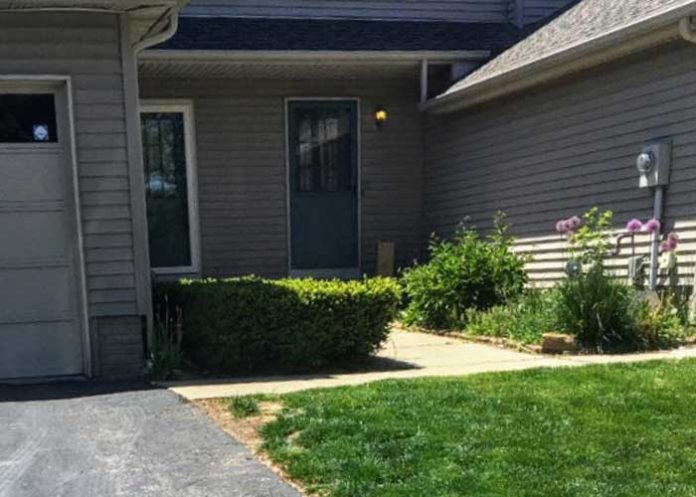 FISHKILL – Town of Fishkill Police are investigating a series of incidents in the Elmcrest townhouse community on Wednesday night that has left one man dead, a woman with several stab wounds, and a man facing multiple criminal charges.

Fishkill police have arrested 31-year-old Peter Churchill and charged him with attempted murder, aggravated criminal contempt, assault, vehicular manslaughter, and DWI as a result of the incidents.

Fishkill Police Lieutenant Paul Schettino said it is alleged that Churchill stabbed his mother Diane Churchill, several times in the face and neck during an attack in the victim’s townhouse at 220 Crestwood Court.  Police say that the suspect then fled the scene in a car, striking and killing a pedestrian as he was leaving the neighborhood.  The pedestrian went through the vehicle’s windshield, at which time Churchill abandoned the vehicle and fled on foot.  He was found a short time later in the woods behind the Fishkill Bowl.

Diane Churchill was rushed to MidHudson Regional Hospital in Poughkeepsie and then transferred to Westchester Medical Center where she remains in critical condition.

The 71-year-old pedestrian was transported to Vassar Brothers Medical Center in Poughkeepsie where he underwent emergency surgery before succumbing to his injuries.

Emergency response radio traffic was saturated with communication as the incident unfolded on Wednesday night.  At 9:26 p.m. the Rombout Fire Department and Mobile Life were dispatched, along with Fishkill Police and State Troopers to a report of an auto accident in which a pedestrian was struck by a car near the entrance to the neighborhood located across from Brinkerhoff Elementary School.

First responders encountered a male victim on the ground suffering from a serious head injury, a broken arm, two broken legs, and other injuries.  A request for a medivac helicopter was made while Mobile Life medics rushed to the scene.  A decision was made to cancel the helicopter and rush the male patient to the hospital by ambulance.

Approximately 30 minutes later, additional Mobile Life units were requested to 220 Crestwood Court in the complex for reports of a woman that had sustained multiple stab wounds to the face and neck.  The victim was located on the second floor of the townhouse with multiple lacerations.