WAPPINGERS FALLS – Chef Frank Camey, the Executive Chef at Heritage Food & Drink in Wappingers Falls recorded an episode of “Chopped” in July of 2019, and the show will air on the Food Network on Tuesday, May 19, at 9 PM.

According to the Food Network, the “Lighten Up!” episode pits four chefs who specialize in cooking lighter, healthier fare against each other for a chance to win $10,000.  The chefs are challenged to make delicious, lean dishes in the Chopped kitchen. The Food Channel says “Low-calorie chips and some leafy greens inspire creativity in the first round. After opening the entree basket, the chefs are left pondering whether avocado-free guacamole is yucky or yummy. Finally, light desserts are a tall order, and the remaining chefs try to measure up.”

Chef Camey is diabetic and has used his personal requirements to create healthy meals for himself and his patrons.  Camey submitted an online application to be considered for the “Chopped” competition.  After receiving the application, the network put him through an “on-camera” interview and several follow-up telephone interviews.  The process took nearly six months and his diabetes played a role in his selection for the competition.

Camey’s competition consisted of professional chefs from NYC that all specialize in vegetarian cooking.  Due to a disclosure agreement, chefs cannot reveal what dishes they prepared or who won the competition until the show officially airs.  The names of the judges cannot be revealed but Camey did say that all three are “well-known” chefs based in NYC.  The episode took 14 hours to film and Chef Camey called it “The most adrenaline-filled experience of my life. Many ups and downs. I was so focused that I began to have tunnel vision while cooking. I was not concerned with the competition whatsoever.”

The 2006 graduate of the Culinary Institute of America in Hyde Park is an accomplished chef, including being named “Best Chef of the Hudson Valley” in 2019 by Hudson Valley Magazine.  Prior to joining Heritage, Chef Camey worked four years at the Mill House Brewery in Poughkeepsie, where he ran the daily kitchen operations.

Following a lifelong dream to have his own sandwich shop, Camey left Heritage last year to open the acclaimed Mario’s Sandwich Company in the village of Wappingers Falls.  The culinary training had carried over to his sandwich creations that drew patrons from throughout the Hudson Valley.  Camey lost his dream shop when a fire earlier this year destroyed the building that housed the shop and several apartments.  The story about the fire can be read here.  Camey openly wept as he watched firefighters from several departments battle the blaze that destroyed his business.  With the loss of his business, Camey returned to Heritage and assumed the role of Executive Chef.

Frank Camey resides in Wappingers Falls with his wife Kimberley and their daughter Angelina. 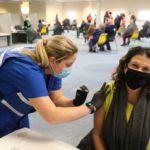 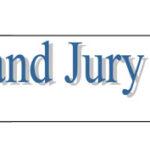 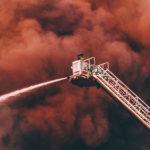 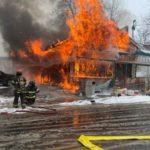