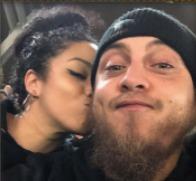 Evan worked for Hudson Valley Harvest as a Deliveryman. Evan loved to play his video games and was a Baltimore Ravens Fan.

Evan is survived by his mother Kristine Wagner Davis of Poughkeepsie, his father Christopher Davis of Millerton, his siblings Christopher Davis Jr. and his wife Madeline, Brittney Smith, Myles Davis and his wife Danielle and Noah Davis, his life partner Bianca Ortiz of Beacon, his grandparents, Gail Wagner, Jeanne Wagner both of Poughkeepsie and Dorothy Davis of Morristown NJ, his uncle and aunts Brian Wagner and his wife Annette, Jeanine Pittman, Elizabeth Pelish, Alison Benkert, his cousin Stephanie Jackson, many nieces, and nephews and his large extended family and friends.

Due to the underlying circumstance services at this time will be private and at the convenience of the family. There will be a Celebration of Evan’s life at a later day to be announced.

Funeral Services are being handled by the Timothy P. Doyle Funeral Home 371 Hooker Ave. Poughkeepsie, New York 12603. If you would like to send an online condolence please visit our website at www.doylefuneralhome.com.