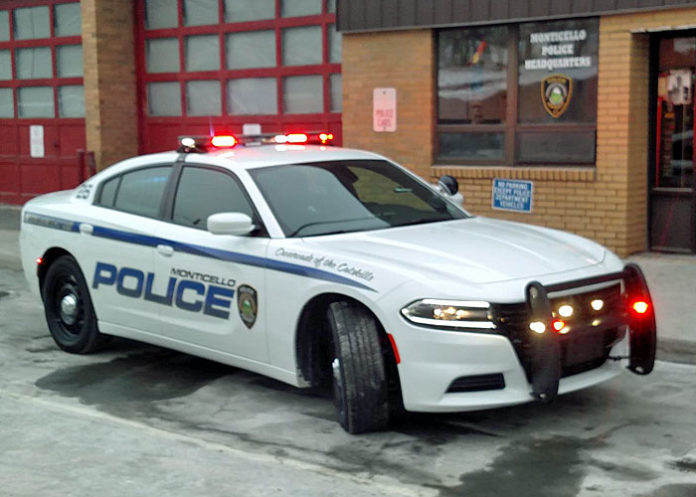 At 8 p.m. Monday, police were called to a report of shots fired on Osborne Street in the village. They found Frederick with a group of other men and when they began speaking with them, he took off on foot. Officers found him trying to hide inside a shed behind a residence.

Police recovered a 9mm handgun with a defaced serial number that Frederick attempted to conceal near a BBQ grille.

Officers also learned he was wanted as a fugitive from justice from Pennsylvania wanted by the North Hampton County Sheriff’s Office, on a felony warrant for receiving stolen property.

Monticello Police were assisted by the Sullivan County Sheriff’s Office and State Police.