COVID-19 expected to have major impact on Poughkeepsie finances

POUGHKEEPSIE – In light of the stalled economy because of the coronavirus, Poughkeepsie Mayor Rob Rolison has instructed all department heads in the city to cut 15 percent from their budgets.

The COVID-19 pandemic has provoked local and county governments throughout the Hudson Valley to prepare for shortfalls in their projected revenue for 2020.

The City of Poughkeepsie Finance Department, under the direction of Commissioner Brian Martinez, is in the process of working with department heads to finalize the first-round of non-personnel related budget cuts.  The hiring freeze for all but essential employees is still in effect.

City Administrator Marc Nelson has released some of the data submitted in response to Rolison’s request, and the numbers are substantial.  The city is estimating a $5.5 million dollar revenue shortfall as a result of the steps taken to prevent the spread of the virus.

Nelson noted that the $5.5 million dollar shortfall is estimated in anticipation of an early June re-start of the economy and that timeframe is tentative.

Nelson said “I’m certain that our peer cities are reaching the same conclusions we have, but because the City of Poughkeepsie does not have a fund balance, we are in a particularly challenging position with respect to this year’s budget. Direct Federal aid to municipalities, which is currently being debated in Congress, needs to be laser-focused on communities of need within the States most severely impacted by the COVID-19 pandemic.  Also, the City has important shovel-ready infrastructure projects ready to go this summer, so when considering the best use of regional stimulus funding, Poughkeepsie promises the best return on that taxpayer investment.”

The estimated revenue shortfalls in the city are due to a reduction in the number of building permits, a decline in parking fines, a loss of parking meter revenue, vehicle and traffic fines, as well as a slump in sales tax receipts.

Mayor Rolison addressed the revenue gap with Mid Hudson News last week, saying “We anticipate, as all levels of government do, there will be less revenues coming into the City of Poughkeepsie to support, not only, the 2020 budget, but as we are going to start the 2021 budget preparation earlier this year – normally it’s done mid-summer; we are going to start early summer to get our arms around just what types of revenues we expect to have going into next year.” 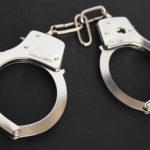 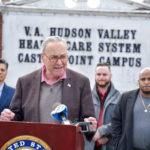 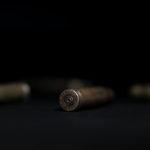